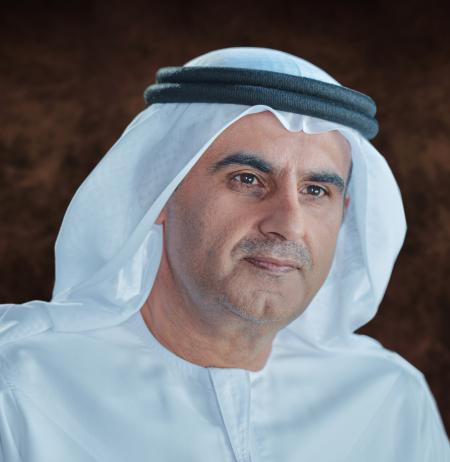 The Abu Dhabi Arabic Language Centre at the Department of Culture and Tourism – Abu Dhabi (DCT Abu Dhabi) has launched a pioneering research grant programme in the field of the Arabic language. Part of the Centre’s strategic planning, the first-of-its-kind programme will support researchers and their studies through annual grants to advance academic discourse around the Arabic language and enhance its presence within both the Arab world and globally.

His Excellency Saood Al Hosani, Undersecretary of DCT Abu Dhabi, said: “With its new grant programme, the Abu Dhabi Arabic Language Centre is accelerating its efforts to fulfill the important mission assigned to it by our wise leadership, which is to preserve the Arabic language and enhance its presence scientifically, culturally and socially as a major component of our national identity and a pillar of civilisational advancement. The Centre’s ambitions are vast, and its reach not limited to Abu Dhabi and the UAE. This latest initiative will enable the important work of scholars and researchers across the Arab world and beyond, building the reputation of the Arabic language and Arab cultural heritage in international forums.”

For the grant programme’s inaugural year, the Abu Dhabi Arabic Language Centre has selected six research studies to be funded, chosen from a large number of nominations submitted from various Arab countries.

His Excellency Dr. Ali bin Tamim, Chairman of the Abu Dhabi Arabic Language Centre, said: “We at the ALC seek to restore the Arabic language’s position as a repository of science and knowledge and a tool for the transmission of our culture to the rest of the world. To enhance the academic discourse around the Arabic language and its rich history, it is vital that researchers are given the tools and resources they need to carry out their studies, as it is through their diligence and talent that stunning new discoveries and cultural connections will be made.”

Of the six projects, two cover manuscripts and Arab heritage, the first of which is the editing of The Compendiums of Proverbs by Al Maydani, which will be published in four volumes. The new edition, based on manuscript copies that previous iterations of the Compendium omitted, is extensive in its reading, explanations and documentation. The second is a revisiting of a precious Andalusian literary work, The Best of Literature by Ibn Said, which includes 139 biographies of Andalusian poets, an extended autobiography, and many poems, as well as quotations from important literary sources that were previously thought lost.

The remaining four selected projects are research studies. “Arabic and Aesthetics: An Aesthetic Reading of Lisan Al Arab, with a Glossary of Aesthetic Terms in the Lisan” investigates the richness, diversity and breadth of the aesthetic culture that abounds in old Arabic dictionaries. The often lengthy lexical explanations in such tomes are ripe for study, classification and analysis, enabling researchers to identify the aesthetic characteristics established both in the Arabic language and in wider Arabic culture. Along with the research and analysis, the study includes a special glossary of aesthetic terms in Lisan al-Arab by Ibn Manzur, one of the largest and most important old Arabic dictionaries.

“Exploring the Foundational Principles of Discourse Analysis in the Arabic Linguistic Achievement” attempts to probe the depths of Arabic linguistic achievement, particularly in relation to textual practice, in order to document the contributions of Arab linguists in the fields of discourse analysis and text analysis and establish the origins of what is known as the “linguistics of discourse”. The study aims to demonstrate the role of early Arab linguists in establishing principles that are considered, in modern linguistics, text science and discourse, the most important foundations upon which discourse linguistics is based.

“The Arabic Language Influence on Other Languages and the Influence of other Languages on Arabic” aims to demonstrate the global role of the Arabic language through an analysis of the mutual influence between it and other ancient and modern languages. The study will reveal the geographical, historical, civilisational, economic and political factors that made Arabic a dominant language with a strong international influence.

The fourth and final research project, “On the Globalization of the Critical Theory”, is divided into two parts: the first is devoted to studying a very old model of critical globalisation focused on the The Art of Poetry by Aristotle, while the second follows a modern model that revolves around structuralism and its subsequent trends that came under the banner of “post-structuralism”.

Following their approval by specialised committees, the Abu Dhabi Arabic Language Centre will publish these studies in a series of academic publications that will be accessible to the public.

Effective Teams In The Real World

Day In The Life Of Scarlet Stilling