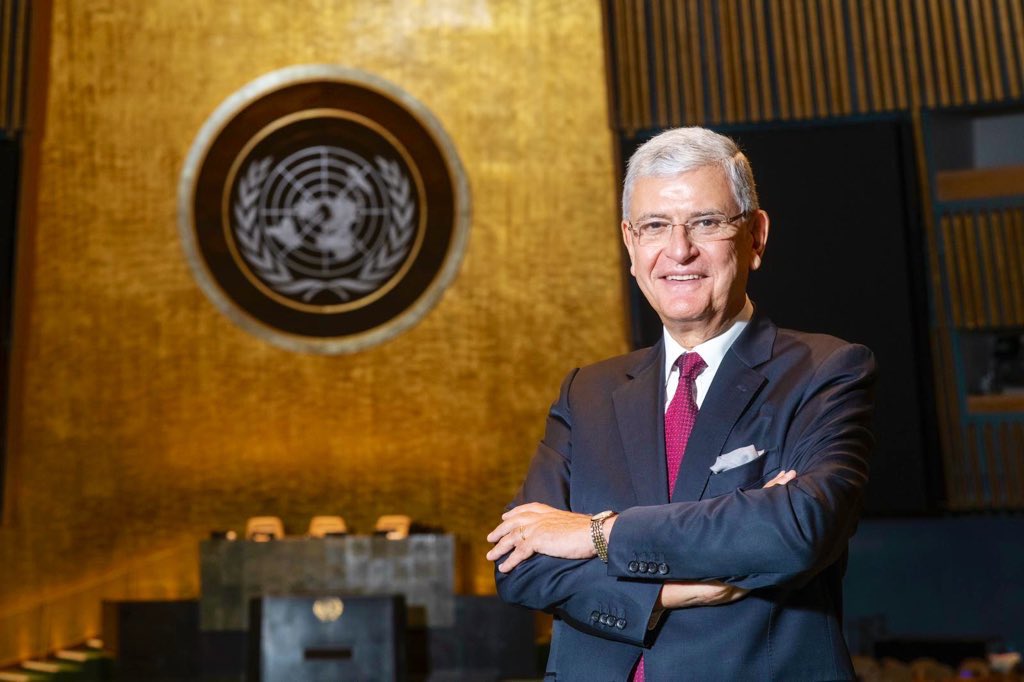 The creative and cultural industry has played an essential role the world over throughout the COVID-19 pandemic and deserve more support moving forward, the President of the General Assembly said on Friday.

“As we deliberate on the role of the creative sectors in supporting and being supported by a recovery from COVID-19, let us ensure that we address the bottlenecks limiting their potential – such as inadequate policy protections and rights for the creative sector workers and business,” Volkan Bozkir told a High-level event commemorating World Day for Cultural Diversity for Dialogue and Development.

Among other things, Mr. Bozkir said that culture offers an opportunity to address concerns over the impacts of COVID-19.

“Far too often society is blind to the socio-economic contributions of those in the creative and cultural spheres,” he said “This is a mistake. The breadth of this sector alone – covering everything from advertising to architecture, from fashion to film and television – is immense and diverse.”

According to the Assembly President, these sectors account for three percent of the global economy, generate $2.25 trillion annually and support 30 million jobs worldwide – more than the car industries of Europe, Japan, and the United States combined.

The creative sectors not only enrich our lives but are also the largest employment sectors for young people, he said.

“Simply put, culture represents the human journey through the stream of life, and records human experience and expression from all ages and regions of the world.”

Despite the size, value and influence of the creative sectors, he said, “we still do not reflect this in our policy and fiscal decisions” and they remain “at the back of the queue”, vastly underestimating their overall contributions.

Going forward, the Assembly President upheld that these sectors said they should be given the tools to thrive, and in doing so, ensure “comprehensive and up-to-date data” on their contributions toward the SDG’s economic, social and environmental pillars.

“Only in this way can policymakers be fully informed of the benefits and act accordingly,” he stressed.

Held every year on 21st May, the World Day for Cultural Diversity for Dialogue and Development celebrates not only the richness of the world’s cultures, but also the essential role of intercultural dialogue for achieving peace and sustainable development. The United Nations General Assembly first declared this World Day in 2002, following UNESCO’s adoption of the 2001 Universal Declaration on Cultural Diversity, recognizing the need to “enhance the potential of culture as a means of achieving prosperity, sustainable development and global peaceful coexistence.”

The UN designated 2021 as the International Year of Creative Economy for Sustainable Development to expand the global creative economy’s contributions, break silos and grow partnerships for culture.

The Assembly President said that during the darkest days of the pandemic many found solace and comfort in music, the arts, and reading.

By limiting these sectors, they limit our societies’ capacities to build back better. Let us unleash these sectors’ creative energies to the betterment of all”, he said, inviting everyone to support the “transformational year”.