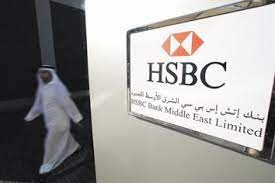 HSBC has won Euromoney’s Sustainable Finance and Transaction Services awards in the Middle East for each of the last three years, reflecting the strategic importance of sustainability, trade finance and cash management to the bank and its customers.

Stephen Moss, HSBC Regional CEO for the Middle East, North Africa and Turkey (MENAT), said: “Global leadership in cross-border banking flows aligned to major trade and capital corridors and helping lead the transition to a global net zero economy are key pillars of the HSBC Group’s strategy. Being recognised as the Middle East’s best bank in both of these critical areas is a true reflection of our commitment to being the preferred international banking partner for clients.”

According to HSBC’s Navigator 2020 report, 86 per cent of companies surveyed in the Middle East expect to expand international trade in the coming 12-18 months, compared to 72 per cent globally. The report also shows that 98 per cent of businesses in the Middle East see growth opportunities from increasing environmental, ethical and sustainable investments, compared with a global average of 90 per cent. HSBC launched a US$5 billion growth initiative in the UAE in June 2021 to support strong companies to grow internationally and sustainably.

HSBC globally is prioritising financing and investment that supports the transition to a net zero global economy. The bank has committed to align its financed emissions – the carbon emissions of its portfolio of customers – to the Paris Agreement goal to achieve net zero by 2050 or sooner. To support customers in their transition to lower carbon emissions, HSBC aims to provide up to US$1 trillion of financing and investment globally by 2030. The bank also aims to be net zero in its operations and supply chain by 2030.

Meanwhile, HSBC is increasing the use of technologies such as blockchain, machine learning and robotics to make global trade and payments faster and more secure. HSBC’s blockchain trade finance solution, which is based on the Contour platform, can reduce transaction times from 5-10 days to under 24 hours.