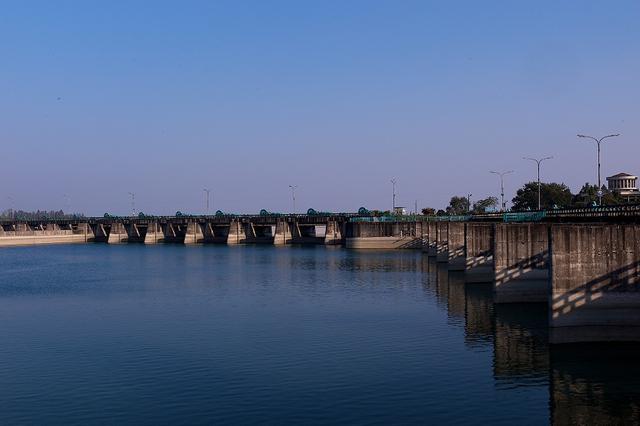 Abu Dhabi Fund for Development (ADFD) and the Government of Bangladesh have enjoyed close relations for more than 40 years. The ties enabled ADFD to drive development in Bangladesh through financing major developmental projects amounting to AED692 million. These initiatives covered sectors such as agriculture, energy, industry, transport and water.

Moreover, ADFD also holds a 60% stake in the UAE-Bangladesh Investment Company Limited (UBICO). The company aims to support the people of Bangladesh by providing loans at concessionary interest rates for small and medium-sized projects, thus contributing to the economy and creating jobs.

Greeting the government and people of Bangladesh on the country’s Independence Day (March 26), H.E. Mohammed Saif Al Suwaidi, Director General of Abu Dhabi Fund for Development said that the cooperation between ADFD and Bangladesh represents a model of strategic relations that Abu Dhabi Fund looks to build with all partner countries.

“Through financing development projects, besides other investments in Bangladesh, we seek to meaningfully contribute to the country’s economy that will be reflected in the advancement of its population and achievement of the nation’s sustainable development targets,” he said.

Bangladesh has one of the highest population densities in the world, although its per capita GDP has more than doubled since 1975.

The following is an overview of ADFD projects in Bangladesh:

ADFD funded the expansion and modernisation of the Shikalbaha Power Station to strengthen and stabilise the national grid and meet the energy needs of the Dhaka Metropolitan Area, a major hub of commerce and industry in Bangladesh. The funding covered the construction of new 225-megawatt generators.

ADFD provided an AED110 million financing in 2013 for the SASEC Road Connectivity Project, which links Bangladesh with Nepal, Bhutan and north-eastern parts of India. The road meets the increasing volume of trade and facilitates the flow of imports and exports. It enhanced the status of Bangladesh as a transit hub in the region. Furthermore, the project improved two land ports at Benapole and Burimari.

The AED85 million project supported two sectors, industry and agriculture, and established an integrated plant for ammonia and urea in the city of Chittagong. The factory has a production capacity of 1,000 tonnes of ammonia, which generates about 1,700 tonnes of urea.

ADFD financed a 151-kilometre power line linking the city of Tongi in the eastern region and the city of Ishwardi in the western region. The project supported the areas’ power needs and underpinned the overall electricity sector in Bangladesh. The productive capacity of the network is 200 MW.

ADFD financed the plant to stimulate investment in the industrial sector and boost economic development in Bangladesh. The project included procurement of high-standard equipment and components.

Abu Dhabi Fund for Development (ADFD) is a leading national financial entity owned by the Abu Dhabi government. It was established in 1971 with an aim to help developing countries strengthen their economies by providing concessionary loans for development projects as well as through long-term investments and direct contributions. In addition to managing development grants given by the Abu Dhabi government, ADFD has adopted a policy of supporting the national economy by driving private-sector investments, financing national exports and enabling exporters to expand into global markets, thus enhancing the competitiveness of the UAE economy.