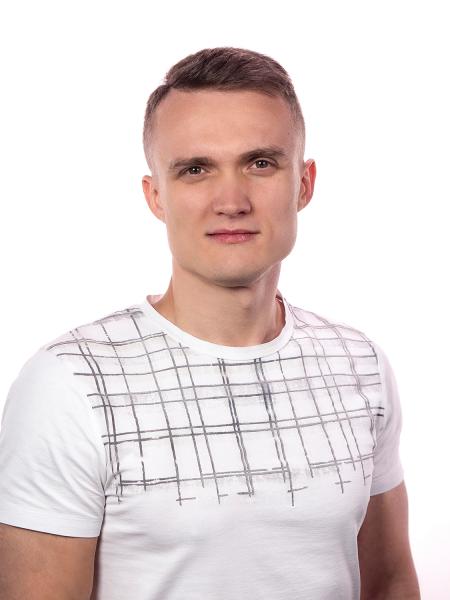 Admitad, a global MarTech and AdTech company, whose MENA regional headquarter is in Dubai, has reviewed its 3-year round of investing in a massive transformation process. Over $30 Million was spent on creating, acquiring, and implementing businesses in the new international structure. The company has moved away from only focusing on the affiliate network business and has been building a global IT company which encompasses marketing and financial services.

Since its establishment in 2009, entrepreneurs and marketers have perceived Admitad  purely as an affiliate network due to its exponential growth and market leadership in that field. In 2021, Admitad Affiliate partners generated $7.8 billion of sales, while the total sales created by all group businesses resulted in $11.6 billion. Admitad’s new structure maintains and builds on that success while currently including eight B2B businesses and one B2C business, which were grown internally or acquired.

How were the projects selected?

The company began a systematic search and launch of new businesses, along with transformation back in 2018. But earlier, in 2015, Admitad created a tool for managing and optimizing budgets in advertising networks. Together with the affiliate network, this provided a foothold for the future structure.

“Since 2018, we’ve invested over $30 million in buying companies, setting up representative offices in various countries, launching and scaling new businesses with Admitad Projects, a startup studio. During this time, our startup studio has screened over 300 business ideas, four of which have grown to round A with an option for a complete buyout,” said Alexander Bachmann, Admitad’s CEO and founder.

At the same time, the company was actively selecting businesses for mergers and acquisitions from related markets. For example, Admitad acquired two technology companies: Adgoal in 2018 and Tapfiliate in 2021. This increased the pool of tools for partners and the number of advertisers (brands). To develop Smart Shopping, Admitad acquired the receipt scanning service CheckScan that later became a successful alumnus of the startup studio. Later that year, the company acquired the online insurance service Pampadu to develop its line of partner services.

Also, since 2015, Admitad has invested in B2C services, including Letyshops and Litnet. You can find the complete list of this investments on Admitad’s CrunchBase page.

Several of these businesses such as Admitad Affiliate and Admitad White Label already offer their services in MENA and are well established in the markets of Saudi Arabia, United Arab Emirates, Egypt and others. More of the new services from Admitad will also soon be introduced to the region.

How to marshal eight B2B businesses in one entity

In 2021, the process of creating a new structure for B2B services began. These businesses offer over 20 solutions for acquiring clients, building long-term partnerships, monetizing content and audiences, managing earnings and budgets in advertising networks, and Smart Shopping.

All B2B services will be governed by the single sign on account, Admitad ID, used for logging in to Admitad (Google uses a similar principle in its ecosystem). Admitad ID will be mandatory and the only way to register and sign in to the system.

In 2022, Admitad Store will allow affiliates to access over 20,000 advertisers worldwide, including offers from other affiliate networks and direct partnerships with advertisers. For example, in MENA, Admitad currently offers 400 advertisers (online merchants) as direct partners, and also provides the tools that enable publishers to work with the aforementioned number of thousands of advertisers globally.

Adgoal, acquired in 2018, will be divided into two platforms, Admitad Monetize and Admitad ConvertSocial. The first will revolve around monetizing websites, browser extensions, software solutions, and search results. The second will be devoted to cooperating with influencers and content creators.

Another new line of business is creating and developing services for managing earnings. This is the new project that will lay a foundation for building a global neo-bank for everyone making money online to use.

Admitad will continue to invest in its international structure, opening representative offices in other countries, and investing in interesting projects, both through startup studios and by acquiring companies outright. Last year saw the opening of an office in the US, the ninth country where Admitad Group has a physical presence. The company will spend between $75 million and $100 million by 2025 to ensure, at least, 50% Year-on-Year (YoY) growth.

About Admitad
Admitad is a German global IT company investing in advertising and monetization technologies. Admitad supports and develops services for media buying and monetization partners and financial services: Admitad Affiliate, Pampadu, Tapfiliate, Admitad Monetize, Admitad ConvertSocial, Admitad WhiteLabel, The company’s offices are located in 9 countries: Germany, USA, Holland, Brazil, Russia, Ukraine, Belarus, India, UAE. The headquarters are located in Germany in the city of Heilbronn. During the preparatory campaign preceding the stock market flotation of Admitad in 2025-2026, the company is going to ensure an annual growth of at least 40%. For that purpose, Admitad will launch additional products within the existing business units and grow new businesses— with the corporate startup accelerator or by acquiring other companies. Admitad is going to have $75 to $100 million invested in these purposes by 2025.