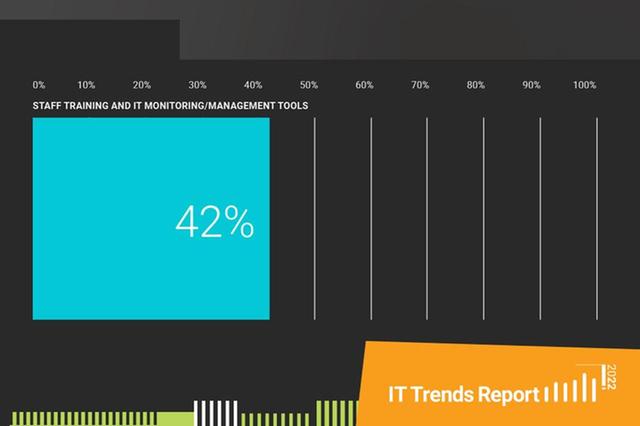 SolarWinds (NYSE:SWI), a leading provider of simple, powerful, and secure IT management software, released the findings of its ninth annual IT Trends Report today. This year’s report, The SolarWinds IT Trends Report 2022—Getting IT Right: Managing Hybrid IT Complexity, examines the acceleration of digital transformation efforts and its impact on IT departments. The report found the acceleration of hybrid IT has increased network complexity for most organizations and caused several worrisome challenges for IT professionals.

Hybrid and remote work have amplified the impact of distributed and complex IT environments. Running workloads and applications across both cloud and on-premises infrastructure can be challenging, and many organizations are increasingly experiencing—and ultimately hindered by—these pain points. According to a report by IDC, as more and more mission-critical workloads move to connected cloud architectures that span public, private, hybrid, and multi-cloud environments, enterprises recognize they need to invest in the tools that will help them ensure consistent policies and performance across all platforms and end users1.  However, they simultaneously face challenges such as budget, time constraints, and barriers to implementing observability as a strategy to keep pace with hybrid IT realities.

The new SolarWinds report also found tech professionals feel less confident in their organization’s ability to manage IT. While nearly half (42%) of tech pro respondents state they leverage monitoring strategies to manage this complexity, 58% revealed they lack visibility into the majority of their organization’s apps and infrastructure. This lack of visibility impacts their ability to conduct anomaly detection, easy root-cause analysis, and other critical processes to ensure the availability, performance, and security of business-critical applications.

“Operational complexity prevents organizations from capitalizing on their technology-driven transformation and investments and delivering benefits for end users,” said Sudhakar Ramakrishna, president and CEO, SolarWinds. “As organizations look beyond the pandemic, they must re-examine their investments from the past few years. Part of that requires organizations to have visibility into their IT environments to understand what’s working and not working, and where to prioritize their efforts to achieve the ROI targeted in their planned projects.”

“Observability is increasingly becoming the clear answer for tech pros charged with managing greater levels of complexity in these diverse and distributed environments spanning on-premises, private and public clouds,” added Ramakrishna. “However, organizations must set aside time and resources to upskill and train tech pros to help them properly implement observability strategies and manage hybrid IT realities more effectively—and set up their teams and business for success in the long run.”

The continued expansion to hybrid IT is driving increased levels of IT management complexity, but tech pros feel a lack of confidence in how to best manage it.

A particular area of concern among respondents is visibility. With the increased shift to complex, hybrid IT environments, technology professionals say they have limited visibility into their networks, apps, and infrastructure.

Organizations’ lack of insight into their networks impacts ROI.

Overcoming IT complexity obstacles and improving ROI will be difficult, with budget and time constraints looming.

There is a planned lack of investment despite the fact almost half of respondents (42%) said the best solution to manage increased complexity is to adopt IT management tools.

Please visit the SolarWinds IT Trends Index, a dynamic web experience exploring the study’s findings and additional insights into the data broken down by region into charts, graphs, and socially shareable elements. Like previous IT Trends Reports, this year’s study features an interactive component where visitors to the web experience can see how they compare to the results.

The findings of this year’s Middle East report are based on a survey fielded in March 2022, which yielded responses from 102 technology practitioners, managers, directors, and senior executives in the Middle East from public- and private-sector small, mid-size, and enterprise organizations. All regions studied in 2022, as reported on the SolarWinds IT Trends Index, were North America, Australia, France, Germany, Japan, Singapore, the Middle East, and the United Kingdom, with 1,138 respondents across all geographies combined.