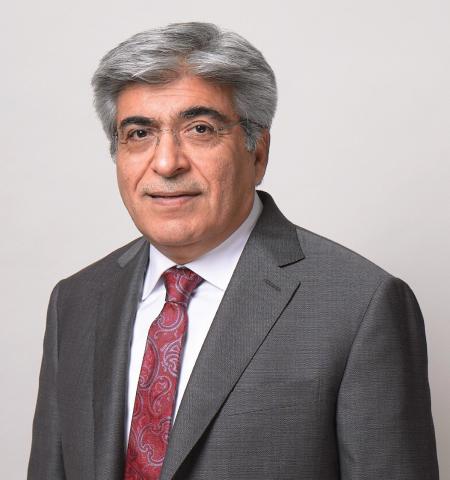 BENEFIT, the Kingdom’s innovator and leading company in Fintech and electronic financial transactions service marks the importance of women leadership in the Kingdom in-line with the Bahrain’s Supreme Council of Women (SCW)’s vision for women in the Kingdom, which has recently celebrated their 20th anniversary.

BENEFIT applauds the council’s efforts in spearheading and paving the way for Bahraini women, and supports their mission to consolidate the principle of equal opportunities in order to ensure competitiveness of Bahraini women in the Kingdom.

BENEFIT’s Chairman Mr. Mohamed Ebrahim AlBastaki stated, “Our efforts to achieve empowerment and include women in high leadership roles are embedded throughout our organization. We consistently push for gender diversity, not just on our board, but we also have several women as part of our Executive Management team. We believe that empowering women and ensuring representation in our company is part of our values and our duty to support the women of our nation. Furthermore, we want to also applaud the Supreme Council of Women (SCW) under the leadership of HRH Princess Sabeeka bint Ibrahim Al Khalifa  for their 20th anniversary.

Mrs. Tala Abdulrahman Fakhro, Board Member added I’m proud to serve on a gender diverse board in-line with SCW’s National Gender Balance Model; one of their pioneering initiatives that was set up to further increase gender equality and spread a culture of inclusion. Furthermore, early this year, the Kingdom of Bahrain ranked first in the Gulf and second in the Arab world in the field of economic participation and opportunities in the annual report of the World Economic Forum, Davos, on measuring the gender gap in 156 countries in the world.”

Ms. Hadyah Mohammed Fathalla, Board Member stated, “I believe true success and innovation is achieved when a company integrates diversity and inclusion within its value system and across all its operations. Bahrain has been a pioneer in the GCC for advancing women and broadening their horizons. We as a country have created successful case studies under leaders that understand the value of equality and entities that lead these efforts on a national scale.”

Ms. Umkulthoom AlAbbasi, Board Member commented, “As a country, we have witnessed national policies that were put in place to achieve women empowerment in various fields. Especially in the financial sector, Bahraini women have taken on high-level leadership roles without obstacles or discrimination, which reflects the Kingdom’s efforts to make those opportunities available for all.”

Mrs. Sawsan Abulhassan, Board Member stated, “We are setting examples for other women, and companies like BENEFIT that make it possible to spread that message. As a nation, we recently celebrated two decades of remarkable milestones from the Supreme Council of women that have been creating endless opportunities through key initiatives in the Kingdom.”

Mrs. Muna Ali AlHashemi. Board Member “This is a new era for women in the Kingdom and comes at a time where we are applauding the role of SCW in advancing Bahraini women in the past 20 years. Bahrain women have contributed to the nation’s vision for the future and will continue to do so in several diverse sectors.”

BENEFIT was established in 1997 and is licensed by the Central Bank of Bahrain (CBB) as an ancillary service provider to the Kingdom’s financial services industry. BENEFIT is owned by Banks in Bahrain, regulated by the Central Bank of Bahrain (CBB), to provide innovative Payment Capabilities, Information Management Solutions, and Business Process Outsourcing Services across different sectors in the Kingdom of Bahrain and the Region.