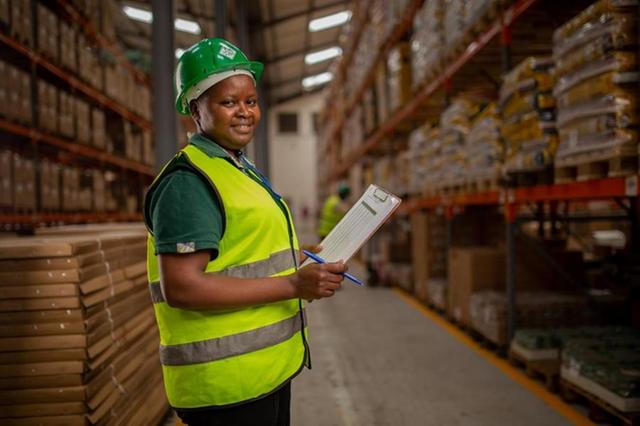 One of Kenya’s leading third-party logistics companies has unlocked greater integration, improved controls, and established a strong platform for its ambitious growth and expansion plans following a landmark business transformation project – with SAP S/4HANA at its core.

“The initial need was an advanced warehouse management solution that could integrate with our transport solution and cater for every customer’s unique requirements,” says Gray Cullen, Group Operations Director at Fargo Courier. “This quickly morphed into a complete business solution with real-time reporting across the entire group, and a system that could easily be adopted in other countries, allowing the business to realise its expansion goals more quickly than forecasted.”

Fargo Courier forms part of the Fargo group of companies, which have been operating in Kenya and East Africa since 1977. The company has grown into one of Kenya’s largest courier operators, with 114 branches, 600 vehicles and more than 4 000 employees.

Fargo Courier processes more than 30,000 transactions per day, and the number is growing year-on-year. The countries in which the company operates are also implementing new requirements for businesses to create a real-time link between their electronic tax invoice system and the revenue authorities, which has created a need for new systems and processes.

“We are leveraging our new system to develop a real-time interface between each transaction and the relevant tax management system and ultimately the local revenue authority,” says Cullen. “In addition, SAP S/4HANA enables us to develop seamless payment and reconciliation processes through API integrations with our core banking partners, improving both our performance and our efficiency. In fact, one of the greatest advantages of our SAP S/4HANA platform is the ability to build and use solutions that enable us to scale much quicker than our competitors.”

Fargo Courier was supported by experienced SAP partners, A-SofTech. Cullen says the partner support was invaluable during the implementation. “The journey would not have been possible without the expertise of A-SofTech, whose support we relied on heavily during the rollout process. Many of the additional solutions were designed and developed thanks to their initiative.”

Despite only recently going live with the new system, Cullen says the impact has been instant. The company has fully integrated with its first large multinational client and the S/4HANA platform has allowed Fargo Courier to put much tighter controls in place.

The company now has a single source of data for all financial planning and reports, and enjoys improved customer stock reconciliation and availability. Management has also gained access to dashboards powered by Fiori which has improved the company’s ability to track KPIs.

“The implementation of SAP S/4HANA in our business has given us a competitive advantage and access to technical solutions that are simply unmatched by other vendors,” says Cullen. “By automating certain processes, we have reduced costs, while group reporting and real-time access to financial reports have improved our decision-making capabilities. Critically, it has given us a blueprint for success that we can replicate in other countries as our business grows.”

Hardeep Sound, Regional Sales Director for East Africa at SAP, says: “The best-run African enterprises know how to leverage powerful technologies to bring greater control and transparency to core business processes, while opening the door to greater innovation and efficiency. Fargo Courier with the support of A-SofTech has established a strong foundation for the company’s ambitious growth plans that will give it a welcome competitive advantage in the years ahead.”