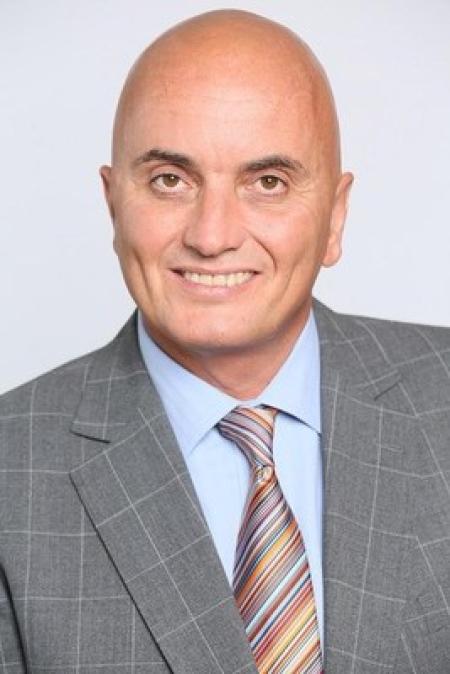 The news of Ian Toal’s appointment follows the recent announcement of the partnership between C3 and WK Holding to establish C3 Arabia, an international joint venture to manage and operate full service culinary markets featuring award-winning chef-driven restaurants, digital kitchens and mobile delivery. Launched in 2019 by Sam Nazarian, Founder and CEO, C3 has pioneered the food tech space and is the fastest-growing food-tech platform today. C3 is re-imagining the food service industry by tapping into the power of exceptional culinary talent, digital brand IP, and bringing its portfolio of more than 40 culinary brands to established digital kitchens and mobile delivery with the next-gen Go by Citizens app.

Expanding into international markets, C3 Arabia is a joint venture funded by Smart Food Holding (SFH) , a division of WK Holding and C3 by sbe through its consortium of high-profile partners, including Layla Abuzaid, Tharawat Technology and Yasser Alobaidan. Abuzaid has embarked to assemble an operating team based in Riyadh, which CEO Ian Toal will now oversee, working to identify, mentor, and incubate local culinary talent and deliver best in-class execution across the C3 Arabia operating platform.

Commenting on the new appointment, C3‘s Founder and CEO Sam Nazarian said, “This is an exciting time for C3 as we introduce our digital restaurant brands to Saudi Arabia. I am thrilled to have C3 Arabia’s CEO Ian Toal at the helm to ensure a success. His wealth of knowledge and experience are invaluable as we work to create renowned high-energy dining destinations for food and culture in the Middle East.”

Layla Abuzaid, Founder and CEO of WK Holding, said, “We’re thrilled to announce the appointment of Ian Toal as CEO of C3 Arabia. Ian’s robust track record serving as former CEO of Alfa Corporation and President of Alshaya Group fueled by his pioneering outlook will prove invaluable as we transform the food and beverage industries in the region. Ian’s regional expertise combined with the visionary leadership of our partner Sam Nazarian will generate an unprecedented platform to unlock local culinary talent, celebrate Saudi’s vibrant culture and usher in a dynamic, holistic lifestyle model that positions the Kingdom as a global hub and an epicenter of innovation in line with Vision 2030.”

Ms Abuzaid continued, ” We’re in a privileged position. We’re able to instigate truly transformative change and embed world-class operations because of the vision and ambition of our government. It takes unwavering resilience and an enduring commitment to the future of our country and its people to break through barriers, and today our country has this leadership.”

C3 Arabia’s CEO, Ian Toal, has a career that has spanned from the USA, Europe, and the Gulf Cooperation Council – the economic union that consists of Bahrain, Kuwait, Oman, Qatar, Saudi Arabia, and the United Arab Emirates. Toal has led more than 40 brands across 600 restaurants in 10 countries. These successes have led to a global understanding of what it takes to make international business successful, as well as achieving targets both financial and personal for investors.

Prior to his work with Alfa Co., Ian Toal served as the President of Alshaya Group based in Kuwait. During his time with Alshaya Group he managed the expansion of global brands such as The Cheesecake Factory, P.F. Changs, Texas Roadhouse, Shake Shack, Blaze Pizza, Raising Cane’s, Pizza Express, Katsuya, Spontini, Dean & Deluca, Ihop and Pinkberry. He was voted “World’s Best Restaurant Partner” by the Global Restaurant leadership conference in 2017 /18.

Commenting on his new post, Ian Toal said, “I am honored to be working with visionaries Sam Nazarian and Layla Abuzaid. The sky is the limit as we aim to bring C3‘s world renowned talent and global brands to Saudi Arabia. I look forward to leading this charge and identifying, mentoring and incubating local culinary talent, working to brand and export Saudi hospitality culture to the world.”

C3 has sold more than 2.3 million meals during the last twelve months. As of February 2021, C3 has over 800 digital brand locations across the U.S. with an expansion pipeline to well over 1,000. To date, C3 has hired more than 3,500 employees across the U.S. with plans to hire another 5,000 employees domestically and internationally with offices in Miami, Los Angeles, New York, London, United Arab Emirates and Riyadh, Saudi Arabia.