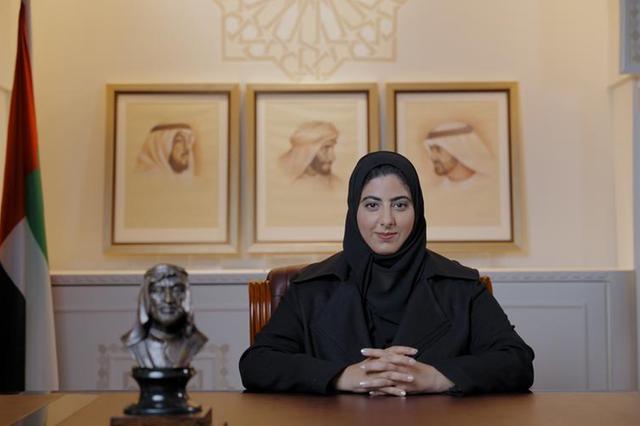 The Executive Committee and Advisory Board at the Academy of International Business in the Middle East and North Africa (AIBMENA) hosted by the Mohammed Bin Rashid School of Government (MBRSG), has presented the 2021 Windtower Award to Sheikha Shamma bint Sultan bin Khalifa Al Nahyan, Social Entrepreneur, and prominent figure active in the Sustainability, Gender Equality, and International Development sectors.

“Windtowers are a quintessential staple of the region’s traditional architecture. It represents resilience as it stands in a place and faces whatever the elements can throw at it,” said Dr Immanuel Azaad Moonesar, President of AIBMENA, “This is what AIBMENA looks for in an inspirational leader, especially during times of uncertainty. Leaders must inspire strength, resilience, and stability; they give guidance, motivate others to learn from the past, and remain calm in times of trouble. The Windtower Award aims to recognise and celebrate these inspirational leaders from around the region.”

Sheikha Shamma bint Sultan bin Khalifa Al Nahyan, commented: “It is a true honour to receive the Windtower Award. This award is particularly special as it symbolises the beautiful architecture of our forefathers and foremothers, who paved the way by incorporating sustainable practices into their everyday lives. I would like to thank AIBMENA for this recognition, as well as all those who have shared and supported my mission to preserve, restore and regenerate the planet for generations to come.  The impact of our actions is determined by the extent of our collective efforts, and I am grateful to have forged partnerships with organisations and individuals here in the UAE, and globally, that facilitate real change where it is needed the most.”

For her part, Melodena Stephens, Founder and Former President of AIBMENA, noted: “Sheikha Shamma bint Sultan bin Khalifa Al Nahyan is a remarkable leader who has founded numerous high-impact social enterprises, such as ‘Wanna Read or Beacon of Hope, further she demonstrates an unwavering commitment to gender equality through Aurora50, as well as a a passion for sustainability through her involvement with Alliances for Global Sustainability. Sheikha Shamma is undoubtedly a role model for the young leaders in the UAE, MENA, and the world, and truly embodies what the Windtower Award was designed to represent.”

In 2015, the winner of the Windtower Award was Jordanian-Lebanese entrepreneur Mr. Fadi Ghandour, Co-Founder of Aramex, one of the leading logistics and transportation companies in the Middle East and South Asia, and the first company from the Arab world to go public on the NASDAQ stock exchange. He was also a founding partner of Maktoob.com, the world’s largest Arab online portal, which Yahoo! acquired. Ghandour is also co-founder and chairman of Wamda Capital, a multi-stage, sector-agnostic investment vehicle, and an active social entrepreneur who has championed startups and the region, setting up significant benchmark initiatives like Ruwwad Development. Fadi Ghandour was also awarded the 2017 AIB Fellows International Executive of the Year Award.

The 2014 Winner of the Windtower Award was Mr. Ratan Tata from India. The 140-year-old Tata Group is India’s largest MNC, operating in more than 100 countries worldwide through 100 operating companies in 7 business sectors, of which 32 are publicly listed. Since Mr Ratan Tata took over as Chairman in 1991, the group’s revenues grew to over USD100 billion in 2011-2012 – the first Indian conglomerate to do so.  This was over 40 times the revenue and four times the profit of the 1991 levels. Tata brought international recognition to the Tata group, spending over USD18 million to acquire over 22 companies worldwide.

In 2013, the Windtower Award went to Her Excellency Sheikha Lubna Al Qasimi, who was voted as one of the top 100 most powerful women in the world b Forbes in 2013, and the most influential most powerful Arab Women by Arabian Business magazine in 2013, 2016, to 2018. H.E. held key portfolios in the UAE Government, including Minister of Economy and Planning, Minister of State for Tolerance, and Minister of State for International Cooperation. She was the first woman to hold a ministerial post in the United Arab Emirates. She was an early pioneer in e-government with tejari.com, and serving as President of Zayed University.

Formed more than half a century ago in the United States, the Academy of International Business (AIB) aims to champion research and education in the field of international business.  The MENA chapter (AIBMENA) was established in 2009 to bring international academic focus on the Middle and East North Africa. It instituted the Windtower Award in 2012, whose name was inspired by the region’s centuries-old traditional architecture.