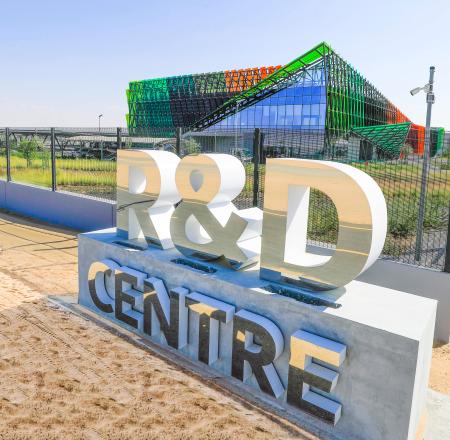 Using its Space-D programme, Dubai Electricity and Water Authority (DEWA) has collaborated with Stanford University to develop an advanced system to forecast PV panel production in the short term at the Mohammed bin Rashid Al Maktoum Solar Park, the largest single-site solar park in the world using the Independent Power Producer (IPP) model. It will have a planned capacity of 5,000MW by 2030.

The new system reduces errors in the forecast to less than 10%. This supports DEWA’s efforts to achieve the Dubai Clean Energy Strategy 2050 to provide 75% of Dubai’s total power capacity from clean energy sources by 2050. The system uses modern technologies such as Artificial intelligence, deep learning, high-density cameras on the main satellite and a network of metrological stations to predict irradiance, dust and cloud movement, which can affect PV performance.

“We work on paving the way for a new phase of Emirati capabilities in space exploration, technology and related industries that will be used to strengthen electricity and water networks in Dubai. We also strive to maintain 100% of our services according to the highest availability, reliability, efficiency, and sustainability standards. This is in accordance with the wise leadership vision to increase the use of clean energy and our efforts to invest in solar energy projects. In line with the directives of His Highness Sheikh Mohammed bin Rashid Al Maktoum, Vice President and Prime Minister of the UAE and Ruler of Dubai, we use innovation and sound scientific planning to contribute to making the UAE the world’s leading nation by its Centennial in 2071, as well as the Dubai 10X initiative launched by His Highness, which mandates the Government of Dubai to be a global leader that is 10 years ahead of all other cities,” said HE Saeed Mohammed Al Tayer, MD & CEO of DEWA.

“We collaborate with Stanford University at DEWA’s R&D Centre through our membership in the Energy 3.0 programme from Stanford University. The R&D centre focuses on enhancing partnerships, especially among the academic community and harnesses all capabilities to anticipate the future, develop long-term proactive plans to keep pace with the Fourth Industrial Revolution, and innovate disruptive technologies to provide world-class services that enhance the quality of life in Dubai,” added Al Tayer.

“This advanced system is part of DEWA’s collaboration with Stanford University, which includes R&D in renewable energy, smart grids, energy efficiency and storage, data analysis and other areas. The collaboration

“The R&D Centre supports DEWA’s efforts to overcome challenges in the energy sector when generating electricity from solar and clean energy. This supports the Centre’s goals to become a global platform for promising solutions that enrich the scientific community in the UAE and the world. It also helps us strengthen the skills and knowledge of Emirati researchers to maintain DEWA’s position at the forefront of utilities worldwide,” said Dr. Saif Saeed Almheiri, Vice President – Research & Development, DEWA.

“I am pleased and honoured to be able to collaborate with DEWA on this world-leading solar project. Improving the ability to forecast solar PV output will help not only Dubai, but the entire world, as we shift increasingly to a clean solar-based economy,” said Prof. Adam Brandt, Associate Professor – Energy Resources Engineering, Stanford University.