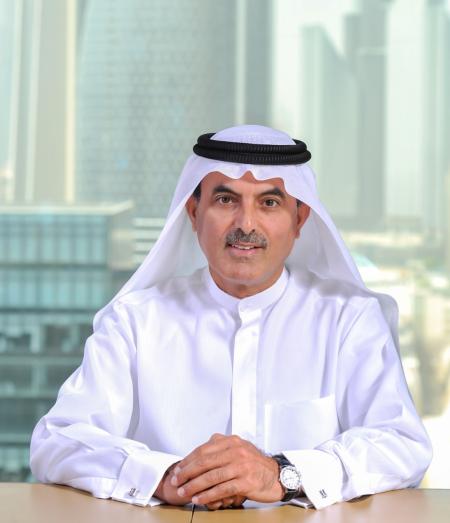 Dubai Chambers unveiled the objectives and targets outlined under its newly-adopted 2022-2024 strategy during a meeting held earlier today at its headquarters, which was attended by the organisation’s employees.

Addressing participants, H.E. Abdul Aziz Al Ghurair, Chairman of Dubai Chambers, called on employees to align their efforts to achieve the vision of His Highness Sheikh Mohammed bin Rashid Al Maktoum, Vice President and Prime Minister of the UAE and Ruler of Dubai, to enhance the emirate’s economic competitiveness in the global arena.

H.E. Al Ghurair noted that the strategy reflects the new role of Dubai Chambers in shaping the future of Dubai’s economy and elevating the emirate’s position as a global trade hub in line with vision of HH Sheikh Mohammed, and revealed that the roadmap supports Dubai’s plans to boost foreign trade to AED 2 trillion, accelerate the growth of digital economy, attract international companies and support the global expansion of UAE companies.

Following the decree from His Highness announcing the new Dubai Chambers structure last year, he explained that the organisation joined forces with global consulting firm McKinsey to develop a holistic strategy that involves a more specialised approach to serving member companies, creating added value for businesses and promoting Dubai as a global business hub, adding that KPMG was also appointed to oversee the strategy’s implementation.

“We are confident that is new strategy will achieve the desired results and fast track Dubai’s growth and development in the coming years. Dubai Chamber of Commerce, Dubai International Chamber and Dubai Chamber for Digital Economy – operating under Dubai Chambers –  adopted a strategy that implements His Highness Sheikh Mohammed’s new vision for Dubai,” he said, describing the strategy as a blueprint for a competitive economy with bolder ambitions that enabled Dubai’s business community to adapt to future challenges.

During the meeting, H.E. Faisal Juma Khalfan Belhoul, Vice Chairman of Dubai Chambers, explained that Dubai Chambers would remain committed creating a stimulating environment for business, supporting business growth in the emirate, and promoting Dubai’s position as a global business hub. He added that the organisation would spearhead and oversee new initiatives implemented by Dubai Chamber of Digital Economy and Dubai International Chamber.

The newly-adopted Dubai Chambers strategy is based on 4 main pillars, including enhancing and developing the business environment, attracting international companies to Dubai, facilitating the global expansion of local companies and advancing the emirate’s digital economy.

The meeting concluded with informative presentations delivered by representatives from McKinsey and KPMG, which outlined the objectives, targets and priorities under the new strategy.