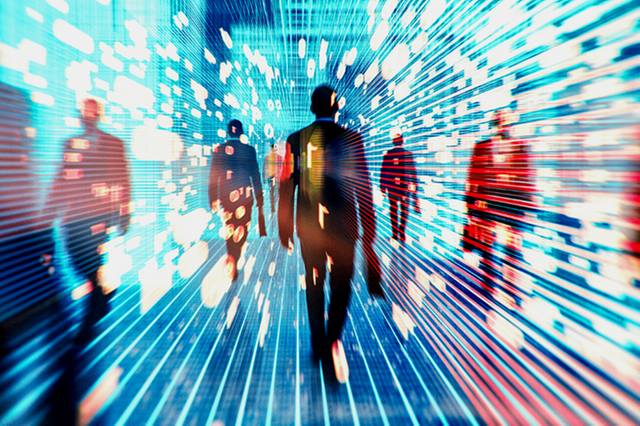 After successfully building and launching several platforms to facilitate transactions in the philanthropic, non-profit, and for-profit sectors of the Islamic economy, IBF Net is poised to expand its miniature Islamic economy into a metaverse with two components — a metaverse for learning and another as a marketplace, to begin with. The new initiative is the first-of-its-kind application of metaverse technology to create a marketplace that ensures far higher levels of consumer and investor protection and is also compliant with the faith and belief systems of over one-fourth of the global population.

This is also one of the few Algorand-based metaverses currently under development that is fully backed and endorsed by the Algorand Foundation.

The idea of an Islamic metaverse was originally mooted in a blog post at IBF Net which later took the shape of the primary agenda for research by a Center of Excellence set up by the IBF Net. A liberal grant by the Algorand Foundation now facilitates the development of the metaverse, says Mohammed Imad, CFO.

The project involves the creation of a metaverse that gives due consideration to the uniqueness of the Southeast Asian region in terms of its faith, culture, regulatory, and policy environment. If we define metaverse as a three-dimensional virtual environment that would enable people to interact with each other, create assets, play games, work and collaborate with each other, then the factors outlined above would have a critical role in defining its shape in a given society. For instance, the Islamic faith is practiced by 1.8 billion people across the globe of which 240 million live in Southeast Asia alone. As such, the guiding principles of the faith, known as Shariah will have a perceptible influence on behavioral dimensions in the metaverse.

According to Mohammed Alim, CEO, IBF Net, “the project specifically has two clear disruptive goals: One, it aims to create an open and meta learning place for acquiring and sharing of knowledge anytime, anywhere; and two, it purports to create an open and meta market place for buying and selling with far higher levels of information and therefore, significantly higher consumer and investor protection. It will reconfigure and convert the present miniature Islamic economy developed by IBF Net, which is a centralized (closed) community-focused system to an open system with far superior features brought in by metaverse technology.”

The success of the project would be measured in terms of the acceptance factor of our metaverse among the average followers of Islamic faith, given that the notion still evokes mixed reaction. It plans to demonstrate how metaverse technology is beneficial for the Muslim societies by choosing specific use cases that enhance the degree of Shariah compliance. At the same time, the solution will look beyond creating a meta-learning-place and a meta-marketplace that uses a paradigm based on blockchains and their atomic units of account becoming the means that value is ‘minted’ (created), stored, or transferred across other technologies as a form of wealth. Since digital wealth can be made programmable and represent an increasingly complex range of assets from in-game items and virtual land to loan agreements or other complex contracts, it will steadily move towards creating in aggregate an Islamic DeFi ecosystem.

On being asked what is unique and innovative about the initiative, Alim asserts that this is the only Shariah-compliant metaverse under development currently that expands the idea of a miniature Islamic economy into a metaverse. It demonstrates how metaverse technology can create better markets both in terms of informational and operational efficiency; and how metaverse technology can create more humane systems with far higher levels of investor and consumer protection.