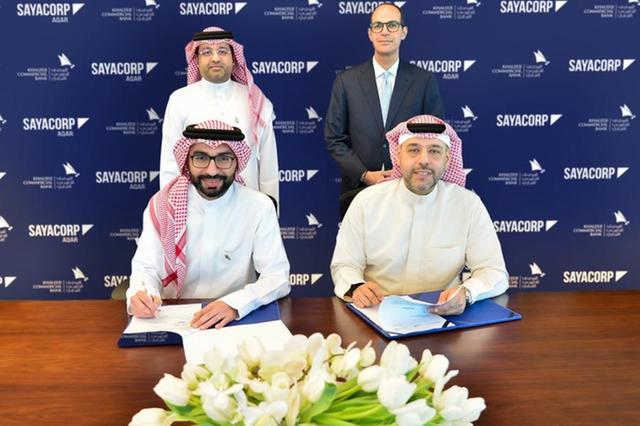 The SAYACORP Tower project is one of the distinctive real estate projects of SAYACORP AQARA at the heart of the capital city Manama. The project, located in close vicinity to Bahrain Financial Harbour, includes a 27-storey mixed-use tower and occupies an area of 55,500 square meters. It will include the first Conrad Residences in the Middle East showcasing a new type of residential apartments. The tower will also offer 10 floors of prime office space offering modern amenities, commercial spaces, and multi-storey car parking.

On this occasion, Mr. Ahmed Mohamed Burashid,Head of Corporate Banking & Debt Capital Markets at KHCB, stated: “We are delighted to be part of this prominent project, which is in line with the Kingdom of Bahrain’s endeavours to develop its architectural horizon, in a manner that reflects the real estate boom that the Kingdom witnesses today, under the generous patronage of His Majesty King Hamad bin Isa Al Khalifa, King of Bahrain may God protect him, and the support of His Royal Highness Prince Salman bin Hamad Al Khalifa, Crown Prince and Prime Minister may God protect him.”

Mr. Burashid added: “At Khaleeji Commercial Bank, we prioritise supporting real estate development projects, which comes as part of our aspirations to continue our contributions to this vital and important sector’s development, considering its supporting role towards the national economy and the Kingdom’s comprehensive development, through providing the necessary funding to complete such projects. The appointment of KHCB as Lead Arranger for financing this prominent project confirms the confidence real estate developers have in the Bank and comes as a result of the multiple successes achieved by KHCB in this field.”

For his part, Mr. Fawaz Ali Al Jowder. Chief Executive Officer at SAYACORP AQAR, commented: “We take pride in this significant partnership with Khaleeji Commercial Bank, which we will undoubtedly seek to consolidate and develop on an ongoing basis. I affirm that the SAYACORP Tower project will certainly make an impact at regional and international levels, as it is one of the largest investment and commercial projects in the Kingdom of Bahrain. The project is expected to further dynamize tourism sector and commercial activity in the Kingdom, in line with the economic vision of the Kingdom’s Wise Leadership.”

KHCB is a leading Islamic bank that strives to achieve clients’ aspirations through an Islamic banking model that offers a comprehensive range of high quality Shari’a-complaint banking services and investment opportunities to individuals and companies.