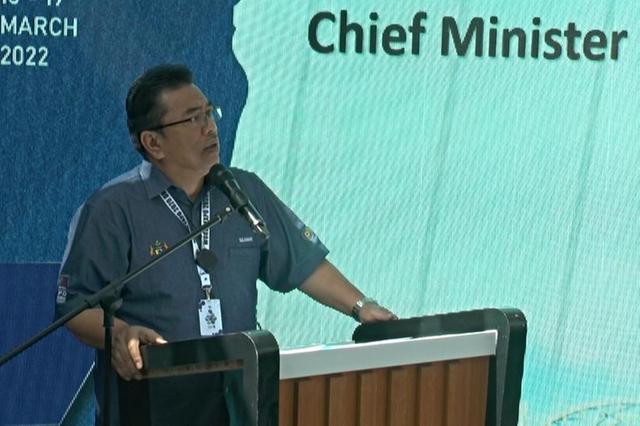 The Malaysian state of Melaka today kicked off a week-long campaign to woo foreign investments in maritime, IT, energy, electric vehicles, tourism and other sectors at the Expo 2020 Dubai with an initial target of RM500 million (US$119 million) in projects.

The state is also showcasing its latest and ambitious waterfront economic zone, which it says will help transform the once-thriving trading port into a modern metropolis and an important investment hub in Southeast Asia.

Chief Minister Datuk Seri Utama Sulaiman Md Ali, who led a high-powered delegation of investors and government officials, said the Expo would also help boost tourism in Melaka, which is listed as a UNESCO World Heritage Site since 2008.

Melaka, along with George Town, are historic cities of the Straits of Melaka. Both cities have developed over 500 years of trading and cultural exchanges between East and West. The influences of Asia and Europe have endowed the towns with rich multicultural heritage.

“Our history as a maritime hub and a busy trading centre goes back a long way.  The deep, sheltered harbour on the narrow channel which took our name, the Straits of Melaka, positioned us at the crossroads of one of the busiest sea lanes in the world,” Sulaiman said in his speech at the launch of the Melaka Week.

Besides preserving heritage, Melaka is also forging ahead in its drive for a more relevant and sustainable economic future.

It is aggressively pushing to develop the economic corridor called the Melaka Waterfront Economic Zone or M-WEZ. Launched just a year ago, state authorities are banking on international investors to help turn the huge 25,000-acre site into a vibrant corridor.

A unique aspect of this corridor is it is maritime-oriented, given the long coastline and its position as a natural, deep-water harbour.

“Thus, our main focus is to boost the maritime sector as a major economic contributor to the state,” Sulaiman said.

Sulaiman outlined several compelling reasons why Melaka will be attractive to investors looking to invest or expand their operations.

Besides its strategic location almost midway between Kuala Lumpur and Singapore, the Melaka Waterfront will be able to tap the vast market in nearby Sumatra, which has 60 million people and a growing middle-class.

It is only 47 km from Melaka to the closest point in Sumatra. There are long-term plans to have a rail network via a tunnel underneath the Straits of Melaka between Dumai in Sumatra and Melaka.

There has been a spate of new investments coming to Melaka. They include German semiconductor giant, Infineon Technologies, which has pledged to invest 3.25 ringgit billion (US$775 million) in Malaysia, and mostly in Melaka, over 10 years until 2029. With almost 9,000 employees, Infineon is the largest employer in Melaka, contributing two per cent of the total work force in the state.

Melaka is also home to other global companies such as Texas Instruments, Honda, SunPower, Petronas and Konica Minolta.

Sulaiman said he expects some Melaka companies to sign up several MOUs with investors from the UAE, the U.S. and other countries this week.