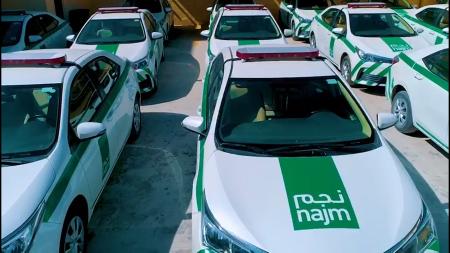 Najm for Insurance Services is preparing to take part in the Umrah season following announcements by the Ministry of Umrah and Hajj to accept pilgrims from citizens and residents in the Kingdom, and gradually receive Umrah applications from prospective pilgrims all around the world with the arrival of the new Hijri year 1443 coinciding with the 10th of August 2021.

Najm announced it has devised a number of innovative solutions and products that utilize the latest technological systems to support a smooth Umrah season and address any traffic accidents that may occur. It has appointed a team of specialized cadres in the two holy cities, as well as two centers dedicated to receiving traffic reports and serving pilgrims, all on par with the highest preventative and health standards. Moreover, Najm is implementing a number of applications and smart systems for pilgrims and visitors, which cover Accident Reporting App, Reports Receiving System, IVR system, WhatsApp, Control and Guidance system, Accident Management App, and Driver ID Verification devices.

CEO at Najm Dr. Mohammad Al Suliman commended the Kingdom’s astute leadership and its directives to launch the Umrah season following a successful Hajj season concluded two weeks ago without any recorded accidents, owing to the diligent efforts enacted to ensure a smooth and comfortable journey for pilgrims, in addition to mandating the highest preventive measures against COVID-19, which will continue throughout the upcoming Umrah season.

Al Suliman also expressed Najm’s delight to be taking part in the Hajj and Umrah seasons, and reiterated the readiness of its fleet of motorcycles and vehicles deployed to serve pilgrims around the clock, as also highlighted its smart applications developed to facilitate a safe and convenient Umrah pilgrimage while combating the spread of new COVID-19 variants emerging and causing a spike in cases around the world.

He added: “Our government has adopted rigorous health policies to guarantee the maximum levels of wellbeing and safety for all pilgrims during the Hajj and Umrah seasons. Such comprehensive measures will continue in cooperation with all relevant entities, led by the General Presidency for the affairs of the Grand Mosque and the Prophet’s Mosque, the Supreme Hajj Committee, and the General Department of Traffic.”

Najm had announced the successful completion of its duties for the Hajj 2021 season two weeks ago with no recorded traffic accidents. The Hajj was limited to vaccinated residents and citizens between 18 and 65 years of age with no chronic illnesses.