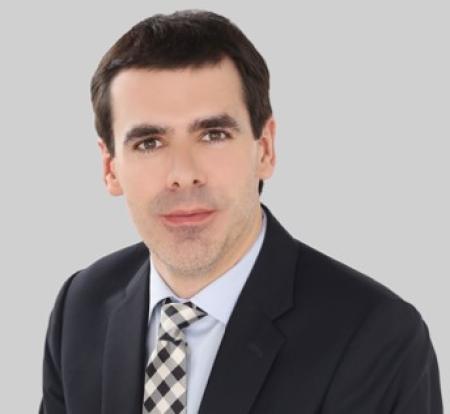 Saudi Arabia recently announced to receive expatriates from previously banned countries who are fully vaccinated with the approved vaccines Oxford-AstraZeneca, Pfizer-BioNTech, Johnson & Johnson, Moderna, Sinopharm, and Sinovac. Paul Arnold, Managing Director of Sovereign Saudi Arabia, a partner company of Sovereign AEI expressed that this update from the Saudi Government will enable companies to accelerate their market-entry and mobilisation plans post COVID-19. He also shared his insights on the increased performance of non-oil sectors in H1 in the Kingdom and a forecast of the overall GDP in H2.

“This announcement from Saudi General Authority of Civil Aviationcomes as a relief for not only citizens and expatriates but businesses as well. The new rule will allow expats from the banned countries to enter the Kingdom directly without quarantine or transit inother destinations. However, it is mandatory for them to have received two doses of an approved vaccine before returning to the Kingdom.Gradually, more and more people have been returning to the workplace as the region gains momentum and economies begin to recover. The giga-projects of NEOM, the Red Sea Development, Qiddiya, Diriyah Gate and Amaala remain on track and continue to contribute to the Kingdom’s GDP. With the ease of doing business and the quality of living continuously improving in Saudi, we are witnessing more clients recommencing travel and incorporating their physical operations in Riyadh, Jeddah and beyond. At Sovereign AEI, we are facilitating end-to-end attestation of all pre-travel documentation with complete immigration and visa support, in addition to transportation and accommodation services in Riyadh.”

With the recent market report by the General Authority for Statistics (GaStat) on the non-oil sectors in the Kingdom stated a strong growth in H2 2021 at a 1.8 percent (vs. 1.3 percent previously). The rebound doesn’t come as a surprise especially when non-oil sectors have consistently performed better.

Sectors that have performed well from the beginning of the year are Real Estate’, ‘(non-oil) Manufacturing’ and ‘Wholesale & Retail Trade, Restaurants & Hotels’. According to the IMF, the Kingdom’s non-oil economy is projected to grow 4.3 per cent this year, and the giga projects that are in full swing, will add momentum.

Additionally, Saudi Arabia added 550,000 jobs between 2016-2020 and with its initiative to develop projects worth $1 trillion as part of its Vision 2030, two million job opportunities will materialise between 2021-2030. These new developments include – $20bn Diriyah Gate Project that encompasses 20,000 housing units, $17bn King Salman Park community of 12,000 units and $8bn mega entertainment project named Qiddiyah. Apart from these, there is the $7.8bn King Abdullah Financial District, $3.2bn Mall of Saudi that is expected to be developed by the UAE’s Majid Al Futtaim Group and The Avenues Mall. With the positive performance of the economy in H1, ongoing & future projects in momentum and nearly 40 million expected job opportunities, the Kingdom is undeterred to become the destination of choice for doing business.