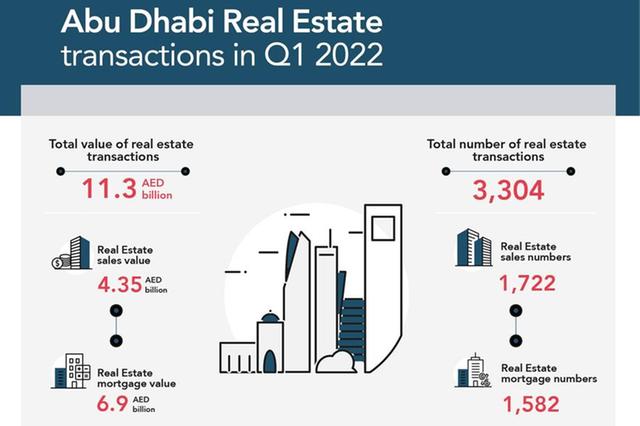 The Department of Municipalities and Transport (DMT) revealed that the UAE capital’s real estate market recorded 3,304 transactions, reaching a value of Dh11.3 billion in the first quarter of 2022.

His Excellency Dr Adeeb Al-Afifi, Executive Director of the Real Estate Sector at the Department of Municipalities and Transport, said: “With steady and sustained growth in Abu Dhabi’s real estate sector, the emirate has maintained its position as one of the world’s most sought-after markets and destinations for real estate investment.

“With excellent infrastructure, a diverse range of options, and world-class services, Abu Dhabi’s real estate industry strengthens its position as one of the best places in the world to live, work, and visit.”