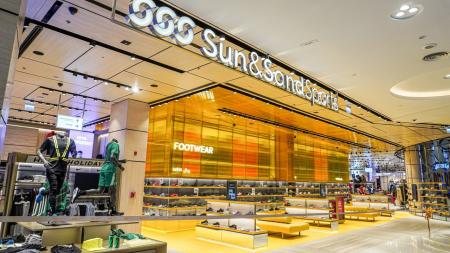 In EMEA, the Gen Z penetration is more than 72.5 million, or 16% of the overall population. With an overall spending power of almost $100 billion, brands are looking to understand Gen Z better as their consumer habits start to define the shopping experience.

Gen Z (born between 1997-2012) is a distinct and unique demographic that responds to specific impulses. Outwardly, they are very much focused on values and sustainability and look beyond products to understand what a brand stands for, even if they cost more. This study by Forbes shows that most of Gen Z (54 percent) are willing to spend an incremental 10 percent or more on sustainable products. They are more likely to choose products that are authentic and unique. Internally, they yearn for fuller experiences and genuine connections, whether personal or virtual.

In an episode of McKinsey Podcast, Bo Finneman shares the sentiments of this generation: “I like the aspect of being an individual. I like the aspect of having true thoughts of my own.” The episode further delves into what the Gen Zs say about brands, explaining that this generation is “not interested in what the brand is saying about itself” but keener to develop their own perceptions.

The above characteristics also define how they exercise and train, focusing on holistic health goals. According to the research firm Savanta, happiness is the most important thing to Gen Z (57%), then health (31%), and lastly, wealth (13%). This generation reportedly works out three or more times per week, but what retailers need to take note of is how Gen Z is training. Gen Z consumers are focused on well-being rather than the narrow pursuit of physicality. Exercise is tied to broader social goals of socializing, having fun and entertainment. Further, they favor a 360-degree view of health, focusing on improving mental and physical fitness.

Brands that are resonating with Gen Z are the ones that can clearly and authentically articulate this message. According to research by Piper Sandler, Nike remains the No. 1 brand for teens both for apparel and footwear in 2021. The Oregon-based company scores high with Generation Z not just because of its trendy casual clothing and fashionable footwear but also because its advertising campaigns advocate for social change.

Closer to home, Middle East sports retailer Sun & Sands Sports has recently launched its new concept at the Dubai Mall with the theme is “fun to finish” to encourage young people to have fun with sports. Speaking during the launch, Mohammad A. Baker, CEO and Deputy Chairman of GMG, the parent company of Sun & Sand Sports, noted a substantial shift in how retailers market to Gen Z. “The new generation of customers is more sensitive to the world around them and are willing to walk away from any brand that does not share their world view. By aligning with what mattered to them, we now have a retail model in place that aligns to the needs of the Gen Z consumers,” said Baker.

There are stark differences between Gen Z and any other generation before them. This has caused much confusion and misunderstanding among companies that target these young people. Ironically, what reverberates with Gen Z is shedding complexities that have come to define the relationship between companies and the consumers they target. The values that make us humans, such as community and connections to the world around us, are what young people yearn for.