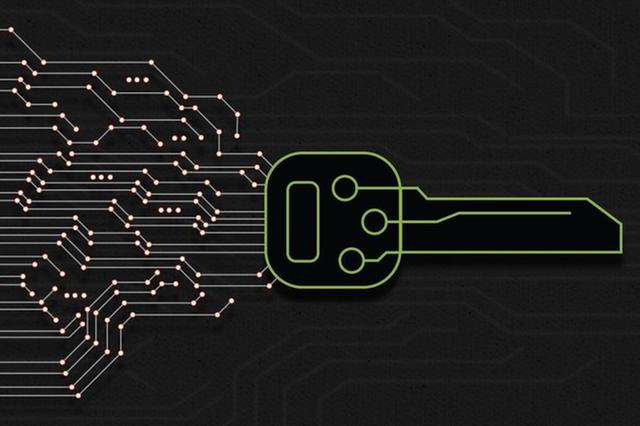 AES is the dominant algorithm used for symmetric encryption, the kind of encryption in which the same key is used to encrypt and decrypt data. Notably, the ChaCha20, a faster alternative, already replaced AES in some protocols, but with less scrutiny.

The speed of ChaCha20 comes from the fact that it is an ARX cipher, meaning that it only uses three kinds of software-friendly operations: modular addition, rotations and exclusive or (XOR). Such ciphers are known to be vulnerable to rotational cryptanalysis attacks.

The full ChaCha20 design can be divided into a pure ARX permutation, which we will refer to as the ChaCha20 permutation, plus the injection of constants. This last operation was included to overcome vulnerabilities such as rotational attacks. Until recently, no one had formally investigated the limitation of the ChaCha permutation itself with respect to rotational cryptanalysis.

Now, researchers at Technology Innovation Institute Cryptography Research Center, in collaboration with the Politecnico di Torino (Italy), have quantified the susceptibility of the ChaCha permutation to rotational cryptanalysis attacks. Dr. Emanuele Bellini, Principal Cryptographer at TII, said: “We wanted a formal study clarifying the mathematical properties of the ChaCha20 permutation concerning rotational cryptanalysis. The results were surprising.” In addition to Bellini, other collaborators include Rusydi Makarim from TII and Stefano Barbero from Politecnico di Torino.

Speed is crucial since cryptographic algorithms tend to get repeated frequently, therefore a minor improvement could lead to significant savings in time. However, ChaCha20 is much newer, and more research will be required to see if it can provide the same level of protection as AES against a wide variety of cryptographic attacks. In the future, such research could pave the way for the broader adoption of ChaCha20 as an alternative to AES.

Cryptographic security systems are often composed of multiple types of ciphers to provide different kinds of data protection. ChaCha20 is a widely used stream cipher that helps protect banks, ATM transactions, and the transport layer security (TLS) of the Internet.

AES is the most common type of block cipher because it has been extensively studied and its risks cataloged in considerable detail. Consequently, it has been standardized by the US National Institute of Standards and Technology (NIST) and is baked into most commercial symmetrical encryption systems. The standardization helped encourage hardware optimized to speed up these calculations.

As a result, commercial AES hardware provides an edge over other kinds of cryptographic systems. But ChaCha20 is faster when running on standard hardware since it comprises three basic operations that are less complex than those used in AES.

He notes that it is essential to distinguish this core permutation operation from the rest of the actual ChaCha20 implementation. Additional countermeasures have been adopted that protect against known rotational cryptanalysis techniques.

Shining a light on the core

All cryptographic ciphers are built in an iterated way in which the same function, called round, is repeated multiple times. The ChaCha20 round is repeated 20 times. Cryptographers cannot break the full cipher for all rounds, so they analyze a reduced version of the algorithm with fewer rounds. For example, the best-known key recovery attack on ChaCha20 can retrieve a key after 6 rounds of the 20. In other words, the full ChaCha20 implementation still has a buffer of 14 rounds of iterations to protect against known attacks.

An important security property that a cipher must have, is that its behavior should be indistinguishable from that of a random function with the same input and output size. The TII researchers found that the ChaCha20 permutation component does not behave as a random permutation for 17 rounds out of 20. This research does not rule out ChaCha20’s value as a stream cipher because of the aforementioned countermeasures. However, it does rule out the use of the core ChaCha20 permutation for permutation-based cryptography. This cryptographic field attempts to build symmetric encryption primitives by starting with the core permutation.

Although ChaCha20 shows promise, Bellini cautions that more research is required to provide researchers with the level of confidence they have in AES. “ChaCha20 has received considerably less attention, which makes sense because AES is more widely used,” he said.