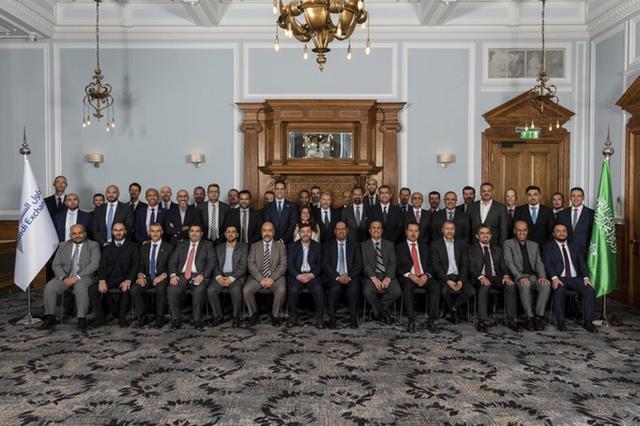 The success of recent IPO listings in Saudi Arabia was recognized as a strong regional economic catalyst at a conference in London last week hosted by Saudi Exchange and HSBC.

The exchanges summit featured speakers including HRH Prince Khaled bin Bandar bin Sultan Al Saud, the Saudi ambassador to the UK, and His Excellency Mr. Mohammed Elkuwaiz, Chairman of the Capital Market Authority along with a number of officials from Saudi Exchange and HSBC. The summit was part of the first pan-regional stock exchange event hosted by HSBC Bank Middle East. The conference connected the exchange with international investors and stakeholders from across the public and private sectors. through 89 group meetings and 96 one-to-one sessions. It was attended by more than 130 individuals representing some of the biggest institutional investors, as well as more than 20 listed companies.

“Having world class global banking and markets capabilities in the Middle East is how we helped clients in the region raise more than US$19 billion from investors worldwide in 2021, placing us on top of Bloomberg’s equity and debt rankings in 2021,” said Stephen Moss, HSBC’s Regional Chief Executive for the Middle East, North Africa and Turkey (MENAT).

“In Saudi Arabia, we are the leading international investment bank, as well as being a 31% shareholder in The Saudi British Bank (SABB). New listings are soaring, billions of dollars are being raised to drive long term investment, and the already substantial appetite of global investors for exposure to the region is increasing,” Moss added.

Topics on the agenda include ESG, equity capital markets, global energy demand and economic diversification across the Kingdom.

“In the midst of a very successful year for Saudi Exchange, we’re pleased to be here in London discussing investment opportunities in the Kingdom and the many recent and upcoming enhancements to the Saudi capital market. We also spoke about our efforts to promote ESG in the Saudi capital market, particularly our ESG disclosure guidelines,” said Mohammed Al Rumaih, CEO of Saudi Exchange.

“The growing number of IPOs, along with continued interest from international investors, is strong evidence of international confidence in the Saudi capital market,” Al Rumaih added.