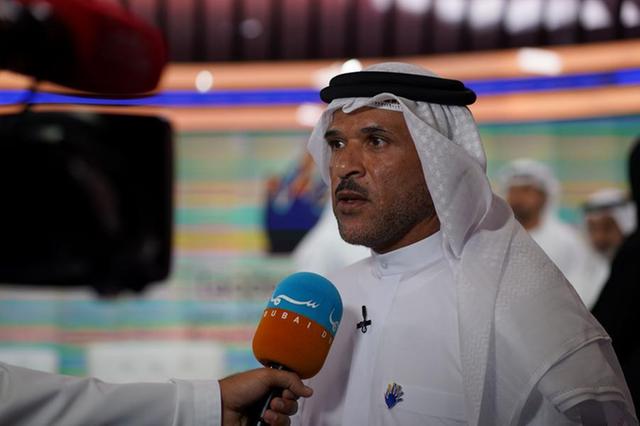 The incentives and facilities offered by the Taqdeer Award, held every two years under the patronage of His Highness Sheikh Hamdan bin Mohammed bin Rashid Al Maktoum, Crown Prince of Dubai and Chairman of The Executive Council, supports excellence and leadership in the labour sector and aims to motivate labour-intensive companies to positively compete and feature on the Award’s excellence honouring platform.

Over 45,000 companies and factories and tens of thousands of workers in four key economic sectors- contracting, factories, free zones and companies working in the field of labour-intensive supply- are set to benefit from the government incentives and benefits offered to distinguished companies and workers winners of 4-and 5-star ratings in each edition of the Award.

Aiming to consolidate the culture of excellence in the labour sector, the number of government entities sponsoring the Award goes up to 10: Dubai Health Authority, Dubai Customs, Dubai Integrated Economic Zones Authority, Dubai Corporation for Ambulance Services, Dubai Civil Defence and Dubai Media Incorporated. Four entities that supported the 2020 edition were the Road and Transport Authority, Dubai Electricity and Water Authority, Dubai Municipality and the General Directorate of Residency and Foreigners Affairs (GDRFA-Dubai).

Promoting Culture of Excellence and Leadership

Major General Obaid Muhair Bin Suroor asserted the additional incentives will further enhance the importance of the Award and contribute towards the fulfilment of its objectives of building the best relations between companies and workers and enhancing the reputation of Dubai as the best city in the world to live and work.

He expressed his deep appreciation and gratitude to the Award’s Patron, His Highness Sheikh Hamdan bin Mohammed bin Rashid Al Maktoum, Crown Prince of Dubai and Chairman of The Executive Council, for his generous sponsorship and infinite support for the Award that has become a qualitative addition to the Dubai government’s excellence system. He also highly appreciated the six new government entities offering labour incentives and benefits that would enhance the culture of excellence and leadership in Dubai and push forward the goal of building the best relations between workers and companies and ensuring the rights and duties of both parties. “The new government incentives will contribute to increasing the demand by the targeted companies to participate in the Award programme and motivate workers of all categories to give more to reach the honouring platform,” he said.

140,000 workers benefited till now from Excellence Cards and discounts

During the meeting, the Award’s Chairman revealed the number of workers who benefited from the blue Excellence Cards till now been reached over 140,000 from across various sectors. The cards and discounts help them to save tens of millions of dirhams annually through special discounts by shopping centres and commercial outlets based in Dubai. Additionally, the companies winning the Award’s 4 and 5-star ratings also benefit from an array of government incentives that equally provide them with the opportunity to save millions of dirhams annually in the form of special facilities and discounts, the most prominent being the competitive advantage in bidding for contracts tendered by the government entities participating in sponsoring the Award. “The Excellence Cards granted to distinguished companies and workers are a first of a kind globally. I call upon companies and workers to enhance working together in order to build an advanced model of relations that ensures the rights, duties and common interests of both parties,” he said.

The new government incentives included an array of benefits to suit the needs of companies and workers in various fields.

1. Financial coverage of the treatment of chronic diseases for 100 employees of the winning company in cooperation with the Aster Hospitals & Clinics and Cigna Insurance

2. Targeting the workers’ category during the flu season, organizing a vaccination campaign against the influenza virus in the residence/workplace of 300 4 and 5-star ratings winning companies workers.

3. Organizing an exclusive campaign for 4 and 5-star ratings winning companies; the campaign includes:

· An eye test in cooperation with the Noor Dubai campaign to cover 300 workers and provide spectacle frames as needed.

· Organizing a campaign for the winning company, which includes a free medical procedure to ensure the fitness of blood donors before donation, and the provision of medical advice to donors in the event of any infectious diseases.

· The Provision of a credit facility known as Self-Guarantee to Taqdeer Award-winning companies according to the applicable controls and procedures of the customs legislation.

· Inviting up to 500 workers to participate in some social initiatives launched by the first party, such as Ramadan Meer, Eid clothing for workers, and fasting breakfast.

· Inviting up to 500 workers to participate in some sports initiatives launched by the first party, such as chess workshops and some sporting events.

· Inviting up to 50 of the management staff of Dubai Customs related volunteer events to participate, for example, in distributing Ramadan meals to the community.

· The provision of 3 free training programmes for up to 50 workers at an average of 16 workers per course.

· Allowing the free of charge usage of training halls for up to 5 times annually in the case of companies and up to 100 people at an average of 20 people for each hall.

Rashid Obaid Al Shared, Executive Director, Finance and Administration Division at Dubai Customs, stressed Dubai Customs keen to provide care and support to the worker’s category through many initiatives and qualitative incentives targeting this category and private sector companies, which in turn reinforces Dubai’s position as the city in the world to live and work. Al Shared commended the role played by the Taqdeer Award that was launched by the Dubai government in 2016 in as far as consecrating new concepts of living and working and launching creative incentives covering the various work facilities and economic sectors in Dubai, side by side with improving workers’ satisfaction levels and enhancing their happiness.

The incentives of Dubai Media Incorporated include presenting the Taqdeer Award programme as of Ramadan 2022 and providing media support for the Award’s efforts that aim to reflect the crucial role it plays in the course of building the best relations between companies and workers and highlight the efforts made by the award-winning companies in the programs designed by the Award management to create a competitive environment among the private sector companies to reach the goals envisaged by the launch of the Award, in addition to providing support to the companies organizing the Award’s Ramadan seminars.

The incentives of Dubai Civil Defence include the provision of free training for employees of companies holding the golden card; exemption from the training fees of corporate buildings evacuation exercises; a 20% fee reduction for the transactions of companies holding the golden card; delivering the service at the company’s headquarters based on demand; the speedy completion of transactions (within one working day); and free parking services for companies’ cars at customer happiness centres in cooperation with service centre supervisors.

The incentives of Dubai Corporation for Ambulance Services include the provision of dedicated courses for the winning companies in the area of first aid; qualifying the workers’ category to deal with emergency cases, such as evacuation operations among others; and the provision of free of charge patient transport services for the winning companies in the event they had work injuries.

Lieutenant Colonel Khaled Ismail, Secretary-General of Taqdeer Award, said: “The incentives offered by the private sector to distinguished workers include educational and health incentives, in addition to driver education, money exchange services, foodstuff, and many other incentives and discounts in various service areas.” “We believe that an educated worker is a qualitative addition to the sector and the company in which they work, and that a healthy worker is better capable to give and disseminate the culture of “a healthy mind in a healthy body”. As for foodstuff, they represent an addition to the balance of tens of thousands of workers, as the blue card granted by the Award provides an opportunity to save millions of dirhams annually in the form of special discounts,” he added.