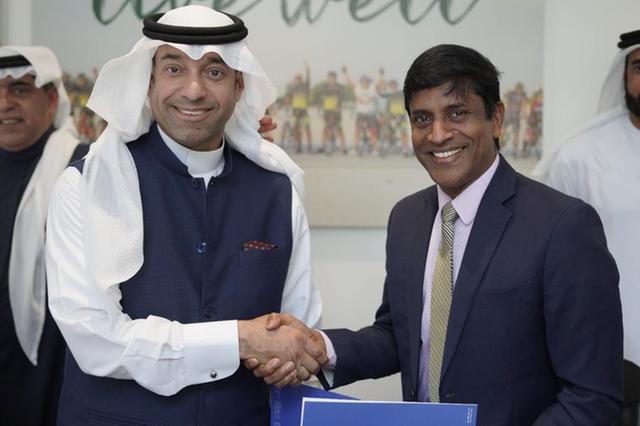 The partnership between Abdulmohsen Al Hokair Holding Group and Spinneys was made official on the 4th March 2022 at Spinneys’ headquarters in Dubai with the signing of a multi-year agreement.

Sunil Kumar, CEO of Spinneys Dubai commented, “We have considered expanding into the Kingdom of Saudi Arabia for several years. With the right structures in place, and a willing and capable partner in the Abdulmohsen Al Hokair Holding Group we look forward to bringing the Spinneys brand to the people of Saudi Arabia. We believe we can offer an elevated grocery shopping experience to these customers, alongside a superior product offering.”

The initial focus will be in the city of Riyadh, with further plans to open stores in more cities in the coming years. The premium grocery retailer recently announced the acquisition of the Souk Planet stores in Abu Dhabi in the last quarter of 2021 and is showing its ambitions to expand its geographical footprint within the Middle East.

Abdulmohsen Al Hokair Holding Group was founded in Saudi Arabia in 1975. The company and its subsidiaries are principally involved in entertainment centres, hospitality, and retail. Sami Al-Hokair, the Managing Director of the Group said, “We are excited and optimistic about the potential of the Spinneys brand to bring a differentiated grocery retail offering to Saudi Arabia. The addition of the brand into our stable of world-class brands demonstrates our commitment to sustainable business growth, as we diversify the sectors within which we operate.”

Within the UAE and Oman, Spinneys is known for its superior offering of fresh products and service counters. This is made possible by the company’s sourcing strategy, with owned purchasing offices around the world and direct relationships with farmers and growers. More recently, the group has applied this same buying strategy to its broader grocery offering, giving customers an abundance of exclusive products within the food-to-go, frozen and grocery categories. Spinneys has also successfully partnered with local farmers through initiatives like the ‘Spinneys Farmers’ Club’, with the broader goal of assisting with the UAE’s national food security strategy. Similar initiatives can be expected in Saudi Arabia as the group establishes itself within the market.