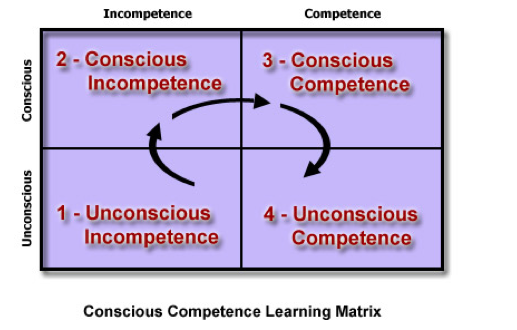 One night, as I was on my way coming back home, I received a call from a training company approaching me to deliver a training course to one of its reputable clients. Since the offer was below my expectations, I politely turned down that assignment. However, the caller was so persistent in trying to get me to do the training for him, and get me to accept his offer. When he realized that I wasn’t going along with his offer, he then blasted out using the argument that he’s getting trainers from certain western countries who accept doing it for the same rate he’s offering me. In other words, he was indirectly insinuating why he should give “a non-westerner”, like me, a better rate.

As I hung up the phone, I felt disturbed, I could not believe what I was hearing from a supposedly educated professional. It is just unfortunate that there are people out there who simply assume that if you are a citizen of some particular country, you would automatically become superior to everybody else. But then again, it hit me that this is all about stereotyping, especially in this part of the world where it’s commonly assumed that some cultures are inferior/superior to others.

As humans, we are all guilty of stereotyping, negative/positive beliefs, thoughts and images are etched in our minds about particular people and cultures. In this case, it was just another typical stereotyping where nothing but positive thoughts and images flowing in the minds of some (like my caller) about certain people and cultures that come from those “land of opportunities”. Obviously, this is a pleasant type of stereotyping that some would want to be associated with, and take advantage of, but the truth to the fact is that not anybody or everybody that comes from those certain parts of the world can be regarded as being outstanding.

That phone call got me thinking, and as I was sharing my phone conversation with my wife and expressing how sad it is to hear something like this, she introduced me to the Conscious-Competence Learning Matrix, which stereotyping could perfectly fit in (see image above).

However, before reaching that stage, first and foremost, we need to realize and understand that when we stereotype, it’s an unconscious habit that we follow due to preconceived beliefs, due to an incompetency in our way of thinking. So, stereotyping is obviously an unconscious incompetence to start with.

However, there is good news, if we want to, train ourselves to move away from such an ignorant state of mind and reach a more idealistic one. Once we accept the fact that this is an incompetency that we have, this automatically makes us aware and conscious of our incompetency. So, we now get promoted to the second stage of reaching the conscious incompetence stage, where we now realize that stereotyping is an incompetency.

Once we reach that second stage, this should prompt us to take the initiative to learn more and re-discipline our thoughts in order to overcome this incompetency and turn it into a competency that would lead us to pursue a positive habit. This is when we take it one notch up and get promoted to the conscious competence stage. So now, we start making one effort after another to veer away from such negative thoughts. This is great! Making an effort is really commendable but it’s still not the ultimate level we want to reach. As mentioned above, we want to reach a stage where such negative thoughts are almost totally non-existent, without even making any effort what so ever.

As we pursue a corrective path, and depending on how much we really want to change our habits, we would tend to continuously tame our thoughts, words, and actions to ultimately redefine our habits and thus crafting a new character of us. Once we reach this idealistic stage, that’s when we reach the pinnacle in our thinking, where our newly redefined habits simply become the norm. This is when we are ascended to the fourth stage, the unconscious competence stage. In this ultimate stage, we would be behaving in such a manner that it becomes simply an unconscious habit, embedded in our lifestyles, without putting any effort into it, and ultimately stereotyping becomes one of the non-habitual traits.

This only reminds me of an old saying by an unknown author that goes something like this:

“Watch your thoughts as they become your words.

Watch your words as they become your actions.

Watch your actions as they become your habits.

Watch your habits as they become your character.

And watch your character as it becomes your destiny.”

A master Soft-Skills trainer working with various industries, Samir has had over 20 years of extensive experience delivering a series of workshops and training courses to clients in the government, automotive, banking, media, retail, telecommunication, utility, education, and legal industries. His consultancy, teaching and training experiences are evident in the various positions, assignments and projects he has been involved with both in the USA and the Middle East.

This is an outstanding article that sheds a very bright light on stereotyping. It is a very sad truth here in this part of the world that many people are viewed in such a negative light by virtue of their country of origin; when in actuality, their origin speaks nothing of their intellect. It’s no different from saying that every African American, specifically those in the USA who are over 6 feet tall can play basketball, or that Caucasian’s can’t Jump. It is time we stop stereotyping people based on their nationality of where they are from and view them for the actual person that they are. In doing so, you would be surprised to find out the real and true qualities that person possesses.

I am familiar with this matrix, but only in regards to skills acquisition. I don’t think that stereotyping is an unconscious incompetence. Blaise Pascal (1660) said that “custom is our nature” (in this case custom = culture), which I think is true, and it might appear that you agree also having proclaimed to be an “non-westerner”. Stereotyping is lazy to non-thinking within the culture and provides a short-cut for the minimum of cognitive effort when engaging with others. The matrix is a process and I don’t think that a process would challenge stereotyping with much effect. To do that, I think, one has to deconstruct the culture/custom. Just a thought.