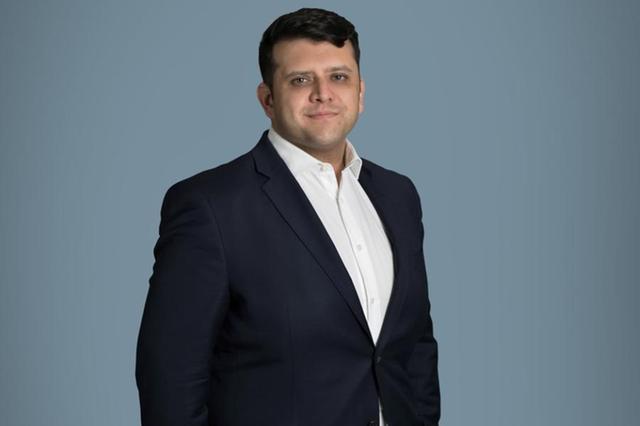 Strong activity and performance levels have been recorded in Q1 across the UAE’s real estate sectors.

Looking at the UAE’s office sector figures, private sector occupier activity in Abu Dhabi remained limited in the first quarter of 2022, with average rents decreasing in the Prime and Grade A segments of the market by 7.9% and 3.9% respectively in the year to Q1 2022. Over the same period, Grade B rents remained stable. In Dubai, the data shows that while new Ejari registrations outweighed renewals, renewals accounted for 68.9% of the total area registered. Therefore, although there have been a number of new occupiers entering the market, we continue to see the bulk of activity originating from incumbents consolidating space, where most seek to improve the quality of their office space. In Dubai, average rents continued to soften in the Prime, Grade B and Grade C segments of the market by 2.7%, 2.1% and 4.7%, whereas in the Grade A segment rents increased by 0.7% in the year to Q1 2022. However, in the quarter to Q1 2022, average market rents were either stable or increased in all segments of the market, with Prime, Grade A, Grade B and Grade C rents changing by 2.9%, 0.0%, 0.1% and 1.3% respectively. Looking ahead, due to limited availability in Dubai’s Prime and Grade A segments, we forecast that market performance in these segments will continue to improve.

In the residential sector, average prices in Abu Dhabi increased by 1.5% in the 12 months to March 2022, with average apartment prices rising by 1.6% and average villa prices increasing by 1.1%. Rents in the residential market increased by 0.6% on average in Q1 2022, with apartment rents increasing by 1.1% whereas villa rents decreased by 1.6%. New supply in Abu Dhabi remains limited with fewer than 200 units being delivered in the first quarter. An additional 9,588 units are scheduled to be delivered over the course of the year, 71.1% of which are scheduled in Al Raha Beach, Al Maryah Island or Reem Island. In Dubai, average property prices increased by 11.3% in Q1 2022, with average apartment prices rising by 10.0% and average villa prices rising by 20.1%. Average rental rates increased by 13.1% over the same period, which is the highest rate of growth recorded since December 2014, with apartment rents increasing by 11.7% and villa rents increasing by 22.5%. In Downtown Dubai and Palm Jumeirah, average apartment rents in the first quarter have increased by 29.4% and 39.6% respectively and average villa rents in Emirates Hills, Jumeirah Islands and Palm Jumeirah increased by 9.3%, 31.3% and 36.7% respectively. New supply delivered in Dubai totaled 7,812 units over the first quarter, with an additional 56,871 units scheduled to be delivered in the remaining three quarters of the year.

Dubai’s total transaction volumes in Q1 2022 reached 19,009, this is the highest total ever recorded in the first quarter of the year. Year-on-year in the year to date to March 2022, total transactions volumes were 75.1% higher, with off-plan and ready transactions increasing by 114.9% and 52.9% respectively. During Q1 2022, secondary market transactions accounted for 56.1% of total transactions, with off-plan transactions accounting for 43.9% of the total. However, it is important to note that 68.6% of total sales during this period were initial sales from the developer, that is the first sale of the property, whereas 31.4% of sales were second or subsequent sales of properties. In 2022, we have seen a marked change in payment plan structures compared to the offers available in the last two years. This is most evident in the post-handover component of payment plans, which now on average only account for 5.6% of payment plan phases, down from 22.0% in 2021 and 51.1% in 2020. This combined with increasing interest rates will likely mean moderation in the rate of price growth over the course on the year.

Looking at the hospitality sector, the UAE’s Key Performance Indicators (KPIs) have continued to show significant levels of improvement in 2022. Year-on-year in the year to date to February 2022, the average occupancy rate increased by 14.6 percentage points. Over the same period, the ADR increased by 47.8%, and as a result we have seen the average RevPAR increase by 83.0%. Average RevPARs across the UAE now sit 6.5% above 2019 levels. This has primarily been underpinned by RevPAR growth in Fujairah, Dubai and Sharjah, which have seen growth rates of 39.1%, 9.1% and 3.5% respectively. With travel restrictions around the world largely easing and as temperatures in the UAE begin to rise, we expect that we will see performance in the UAE’s hospitality market soften from Q2 2022 onwards, until early Q3 2022.

Visitation to the UAE’s retail sector had been steadily climbing since September 2021, however, with the start of Ramadan, as expected, we have seen a sharp decrease in visitation. Retail visitation in Abu Dhabi and Dubai currently stand 6.3% and 6.7% above their respective pre-pandemic baselines. Demand continues to largely stem from the food and beverage sector, with operators focusing in core areas which can provide adequate footfall. Given take-up levels, retail rents in Dubai have seen a sharp increase in the year to Q1 2022, where average rents increased by 10.5%. In Abu Dhabi. average retail rents fell by 7.8% in the year to Q1 2022, down from 16.4% a quarter earlier. Looking ahead, we expect that the fragmented nature of market performance is likely to continue, where prime assets are expected to outperform the wider market. However, we do expect the rate of declines in rental rates to moderate over the course of the year.

Absorption rates remained strong in the UAE’s industrial and logistics sector during the first quarter of 2022, both for institutional and secondary grade stock. We continue to see take-up from a broad range of sectors, including but not limited to e-commerce, third-party logistics, fast moving consumer goods and a range of small and medium enterprises. In terms of the quantum of space demanded, larger occupiers are typically seeking stock ranging from 3,000 to 5,000 square metres, whereas small and medium enterprise occupiers typically seek between 500 to 600 square metres of space. Given the lack of new development and considerable levels of demand from both new market entrants and existing occupiers, there remains a clear shortage of suitable stock within the market. As a result of this supply and demand imbalance, we have seen average rents in both Abu Dhabi and Dubai increase by 2.3% and 3.9% respectively, in the year to Q1 2022. This upward shift in rents has been underpinned by rental rates increasing in institutional quality stock and stock within close proximity to established population centres. Going forward, we expect the current market trajectory to largely continue given the dearth of supply within the market. While there are significant development opportunities within the market, the lack of serviced land needed in order to execute such developments remains the most significant barrier to future development.

Taimur Khan, Head of Research – MENA at CBRE in Dubai, comments: “Both activity levels and performance in the UAE’s real estate market have seen a marked upturn over the course of the first quarter of 2022. Looking ahead, there are some potential headwinds which may impact performance, namely interest rate higher and persistently high inflation. However, given the raft of changes to social and regulatory policies and the enactment of a range of federal and local government initiatives, we feel there are strong fundamentals underpinning future performance in the UAE’s real estate sector.”