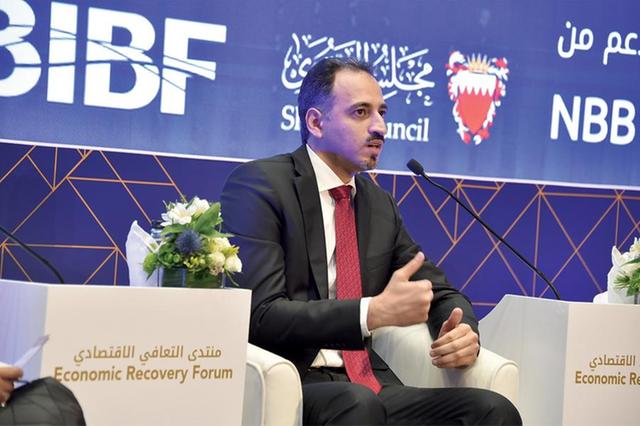 The Chief Executive of the Kingdom of Bahrain’s Labour Fund, ‘Tamkeen’, HE Husain Rajab, reiterated the importance of the recently held Economic Recovery Forum, praising the commitment by all parties in implementing the initiatives of the Economic Recovery Plan, which positively impacts the national economy and creates high value sustainable jobs for local talents especially in high potential sectors, and achieve the desired results of financial sustainability.

Tamkeen’s Chief Executive praised the success of the forum, which was held under the patronage of HE Ali Bin Saleh Al-Saleh, Chairman of the Shura Council and organized by the Shura Council in cooperation with the Bahrain Institute of Banking and Finance (BIBF).

HE added, “The excellent results achieved thus far as a result of the economic recovery plan, particularly in the targeted sectors, reflect Bahrain’s efforts and swift progress toward the successful implementation of the priorities outlined in the Economic Recovery Plan within the timeframe planned.”

Tamkeen’s Chief Executive participated in the first panel discussion, which focused on Human Capital Development, alongside His Excellency Jameel Mohamed Ali Humaidan, Minister of Labour and Social Development, and Dr. Ahmed Mohammed Al Banna Board Chairman of the International Federation of Training and Development Organizations (IFTDO). The session was moderated by Dr. Jihad Abdullah Al Fadhel, the Head of the Shura Council’s Services Committee. He highlighted during the panel discussion that “Tamkeen” launched its new programs on 26the January 2022 as part of the 2021-2025 strategy, in which the 16 programs aim to develop the local Bahraini talent and incentivize high potential sectors.

HE noted that since the launch of the programs the number of approved applications reached over 9,300, with funding support reaching over BHD 39 million. Tamkeen also introduced seven human capital programs with the objective of ensuring Bahrainis are the employee of choice and remain competitive in the current and future markets.

Tamkeen continues to build on 15 years of achievements, while focusing on its core mandate to make Bahraini individuals the employee of choice in the labor market through programs and initiatives that aim to upskill and reskill the local workforce, combined with supporting enterprises that create high-value sustainable jobs for the local talent.

HE also stressed that Tamkeen seeks to achieve its mandate in line with the economic recovery plan by supporting all sectors while focusing on incentivizing the high-potential sectors that contribute to increasing productivity, stimulating investment, and creating employment opportunities with the objective of creating positive impact.