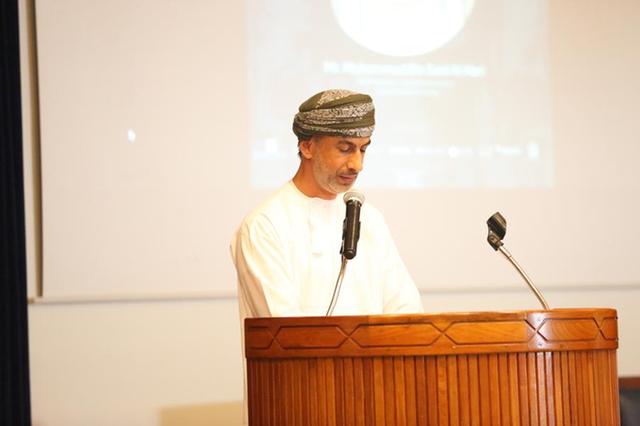 EthisX, based out of Muscat, Sultanate of Oman, and part of ethical investment and social finance platform operator Ethis Group, officially launched its first event, “Entrepreneurship Haven – From Idea to Profit through Crowdfunding” to raise awareness on crowdfunding and its importance in growing the local entrepreneurship ecosystem.

The event was officiated by Mr. Mohammed bin Said Al Abri, the Vice President of the Capital Market Authority, Sultanate of Oman (CMA), and had brought together major stakeholders within Oman’s entrepreneurship ecosystem including experienced local and international industry experts.

“I would like to congratulate EthisX on its official launch after it has been approved by the CMA as the first Islamic Global Crowdfunding Platform to operate in the Sultanate of Oman”, says the Vice President of the CMA, Mr. Mohammed bin Said Al Abri. “The facilitative Crowdfunding regulation framework which has been established in the Sultanate is the first of its kind in the GCC region which allows global cross-border fundraisings and investments”, he added.

He also highlighted that the Crowdfunding Platform initiative by the CMA aims to provide an alternative financing platform for companies including SMEs to raise capital directly from global and local investors.

“It also enhances financial inclusion and easier access to finance to all segments of the society and in line with the e.Oman 2030 Digital Strategy as well as Oman Vision 2040”, he explained.

EthisX is the first-of-its-kind global cross-border Ethical Private Capital Marketplace able to offer direct shariah-compliant investments into SME companies, including startups and special purpose vehicle (SPV) projects from the Sultanate of Oman and across the globe via their equity crowdfunding platform. Through EthisX, SME companies can also receive short-term financing for their businesses directly from global and local investors via their Peer-To Peer (P2P) financing crowdfunding platform.

Crowdfunding, though nascent, is gaining acceptance in the Sultanate of Oman and expects to develop even further with the support of the Capital Market Authority, who in an effort to stimulate the local market, announced early this year that companies intending to carry out crowdfunding activities will be exempted from licensing fees until 2023.