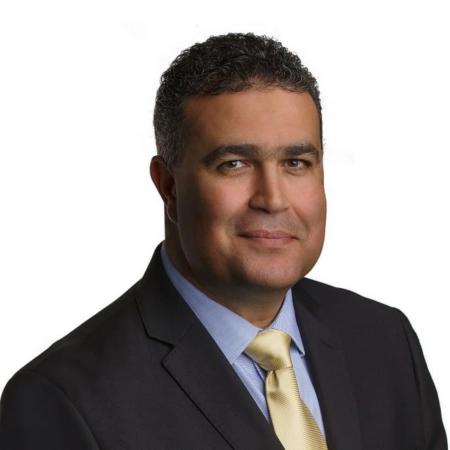 Almekkawi will be reporting to the board while overseeing additional responsibilities that include optimising operations and using his training as a certified career coach to mentor and developing future leaders, something Saudi Arabia places high emphasis on, especially amongst Saudi Nationals.

Apparel Group, a global fashion and lifestyle retail conglomerate, approached The Phillips Group to place its new CEO in early 2021 and saw the successful placement on 1st September. The iconic Canadian coffee chain announced in January 2021 it would establish a new Middle East headquarters in Riyadh, Saudi Arabia, with an aggressive expansion plan for the region. The chain aims to open 42 new stores in Saudi Arabia alone during 2021. Almekkawi commented: “The MENA region is a hub of activity with coffee chains on the rise and all the major players implementing expansion plans with a view to take additional market share. I look forward to driving the expansion of Tim Hortons and feel I’ve joined at exactly the right time, not only in the GCC but for North Africa.”

With the company’s vision in mind, The Phillips Group identified critical success factors like leadership skills, the ability to drive scale and set a vision which will drive the desired results. The Phillips Group uses a bespoke, intricate assessment process designed to test each critical success factor individually. Before he was appointed, Almekkawi had undergone fourteen interviews in total; three with The Phillips Group, eleven with Apparel Group and its stakeholders. His final interview was a panel interview with the likes of; Shane Phillips, CEO at the Phillips Group, Huda Al Lawati, partner at Gateway Partners, Iyad Malas, CEO of Al Ghurair Group and Neeraj Teckchandani, Group CEO of Apparel Group who is overseeing the expansion strategy of Tim Hortons across the region and beyond. This final interview lasted nearly three hours and the process took approximately four months to complete.

Shane Phillips, CEO of The Phillips Group, said: “Almekkawi immediately stood out with his vast experience, passion for the industry and natural leadership ability. He will be a game-changer for Tim Hortons in the Middle East.” Almekkawi was so impressed with the robust assessment process designed by The Phillips Group, he hired them to assist with further recruitment within Tim Hortons MENA.

Almekkawi has over 26 years’ experience in the food and beverage industry and held numerous senior positions in America and the United Arab Emirates. These include Chief Executive Officer and Executive Board Member at YYT Food Corporation, Vice President of Hospitality at Majid Al Futtaim, Chief Operations Officer at Kuwait Food Company and Regional Director of Operations at ADF Companies & Pizza Hut inc. He is also the author of the book “The 9 Traits of Hero Brands,” which discusses the nine common traits of hero brands who survive crises, save companies and lead to prosperities.

The Phillips Group (TPG) is a global, exclusive, retained executive search firm. For almost 40 years, TPG has been the premiere choice for board and C-level executive placements, for multinational companies.

Since inception, TPG has focused on quality service, building strong leadership teams through its relationships with clients, as well as its market knowledge, worldwide. Today, TPG Leadership operates from principal business centres in Toronto, Dubai, London, Budapest and Beirut.