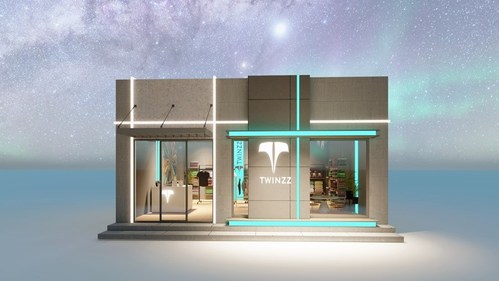 TWINZZ has announced that it has bought virtual land in The Sandbox and will begin building a world on the metaverse platform.

This new direction falls under the sport luxury brand’s project where they are working on releasing its NFT collaborations and exclusive items, self-described as “The future of consumer user experience”. The finer details of this project have yet to be announced, but initial reports hint at the arrival of in-game virtual wear and collaborations with A-List celebrities, created by TWINZZ designers.

This Sandbox announcement is far from the brands first proceedings into the metaverse or blockchain. The TWINZZ founders have been actively engaged in the blockchain, NFT, Metaverse and digital space for over 10 years, which sets them apart from most fashion brands. TWINZZ have many offerings to be introduced into the NFT space whereby the demand for their digital products will surpass the prices of physical TWINZZ products. Some of these experiences include; auctioning of limited edition items, virtual participation within their digital retail store, including a unique fitness and mental health experience which is the first of its kind.

The Sandbox is an Ethereum-based open-world game and community-driven platform where users can build, own, and monetize their virtual experiences. Transactions are made using the game’s native SAND token.