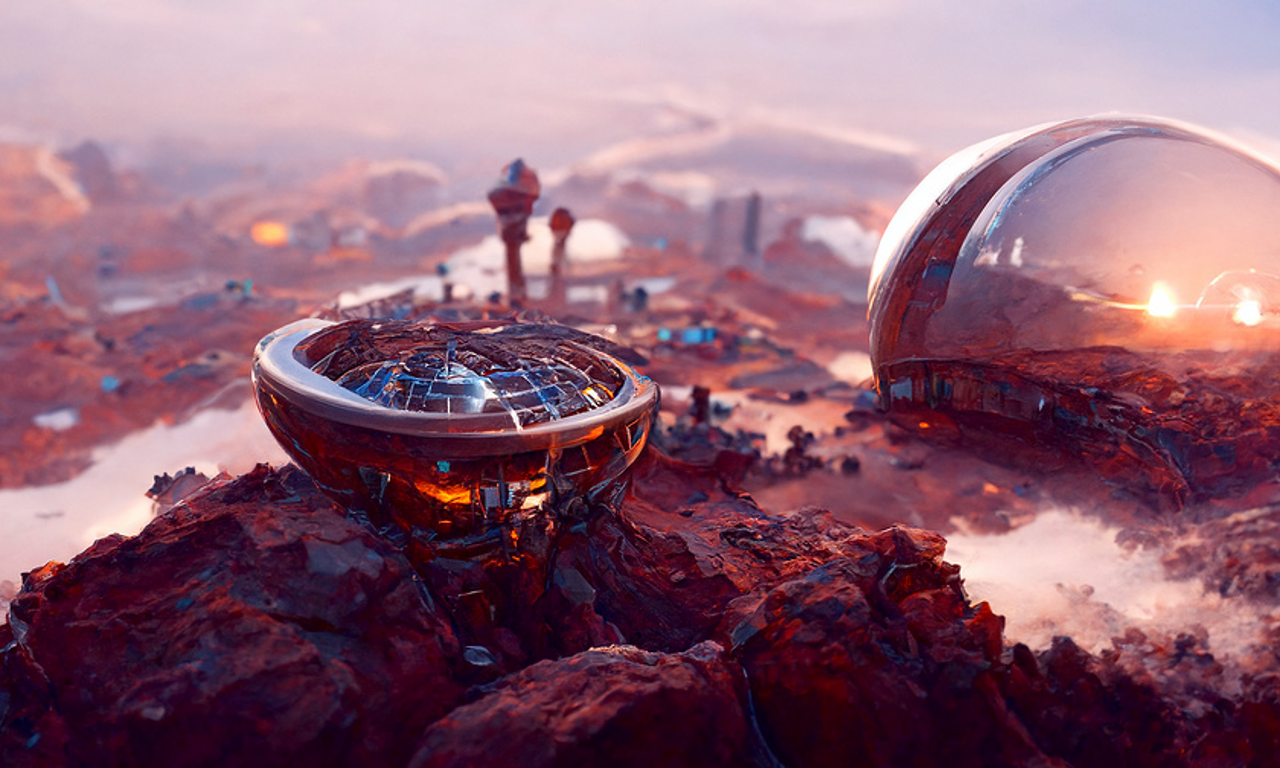 The Mars Colonization Curated Drop project featured works from nine artists, each of whom contributed up to two art pieces. Those that submitted only one piece of art did so in the form of an “open edition” token that allows unlimited minting for a predefined, limited period. For those artists that submitted two pieces, the second one was in the form of a “limited edition” token that imposes a rigid supply limit.

The featured artists were French national Thomas Dubois, an award-winning artist, film director, and art director. Dubois’ projects include “Outer Space” and “Mars Pearl” – which will be airdropped to collectors of “Outer Space” for free. Along with 23-year-old Kurdish digital artist Kaiwan Shaban, Ben Bauchau, a digital artist on a self-described quest for “meaning in the realms of the unconscious”; Marcel Deneuve, an artist with a passion for “world-building”; Rui Huang, a 21-year-old concept artist from China who specialises in using real-time rendering techniques to create epic sci-fi art; Stefan Große Halbuer, a graphic designer and digital artist from Münster, Germany whose current projects include “Cycle of the Shroom” and its spinoff “Shroomheads”; 33-year-old concept artist and illustrator Reza Afshar, who has a professional background in video games, movies and animation; Maciek Wolański, an illustrator and art director based in Warsaw, Poland; and Alon Kartin, a data scientist and computer-vision engineer with a passion for creating and expressing ideas using technology.

“We celebrate some of the finest minds in digital art who explore a theme dear to the UAE – the colonisation of Mars,” said Amin Al Zarouni, Chief Executive Officer, Bedu. “At Bedu, we value this artistic expression, and the latest drop reflects our commitment to championing their creative freedom in the new frontier of Web3. Such avenues provide a platform for passionate artists to not only showcase their unique creations but also enrich a community of individuals that are driving the country into the digital future.”