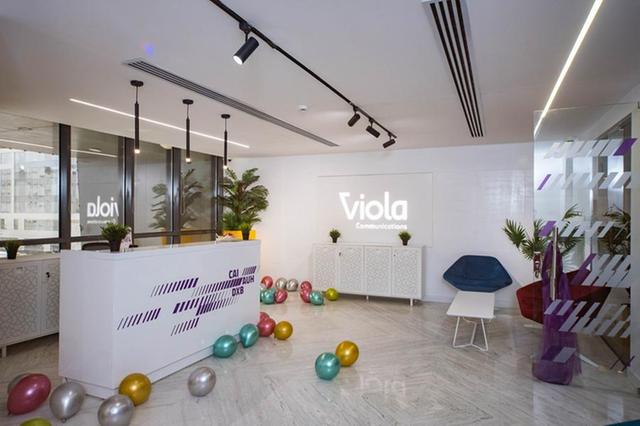 Viola Communications, one of the largest integrated communication agencies in the UAE with a team of over 250 employees across offices in Abu Dhabi, Dubai and Cairo, has announced a significant upgrade to its facilities in Egypt with the opening of new offices and studios in the capital to cater for the growing demand for its expertise in the industry.

Speaking on the upshift in emphasis on the company’s Egyptian operations, Ammar Sharaf, Board Member and CEO of Viola Communications, noted that UAE investments in Egypt were growing at an exponential rate across a range of sectors in which the company specialised. “Viola Communications has been designing, driving and refining the requirements of the region’s ever-broadening marketing and communications sector since its inception, and we have a great pool of talent in our new facilities which is ready to provide a range of marketing and advertising solutions in this burgeoning market, in which we have had a significant presence since 2015. Our experience and knowledge of the region has positioned Viola as leaders of an entrepreneurial communications culture and we bring a strategic perspective to Egypt’s distinctive, constantly innovating and ambitious market.”

Sharaf continued, “Historically, Egypt has always had the region’s largest commercial advertising and media requirements, so not only is there a lot of untapped potential in the Cairo-based side of our industry, an ongoing series of major UAE investments in Egypt mean that Viola Communications is also ideally situated to work closely with its existing client-base while expanding its services to our long-term partners who are part of this dynamic shift to prominence in Egypt.”

Recent forecasts predict that Egypt’s economy will grow 5.3% in the current fiscal year, according to a Reuters poll, and many Abu Dhabi investors and holding companies are bolstering their presence there, supporting the economy and reinforcing the UAE’s position as one of the leading sources of foreign direct investment into Egypt.

Sharaf concluded by saying, “The UAE is the second-biggest economy in the Arab region, and has maintained historically friendly relations with Egypt since the forming of the Union. This special relationship allows us to strengthen the fraternal ties between the two countries and Viola Communications is very much looking forward to contributing to these ties from its new state-of-the-art premises.”

Established in 2001, Viola Communications has grown into one of the largest fully integrated marketing and communications companies in Abu Dhabi, with branches in Dubai and Cairo. The company offers a wide range of services including events, digital, advertising, planning consultancy, outdoor media, production, and public relations.