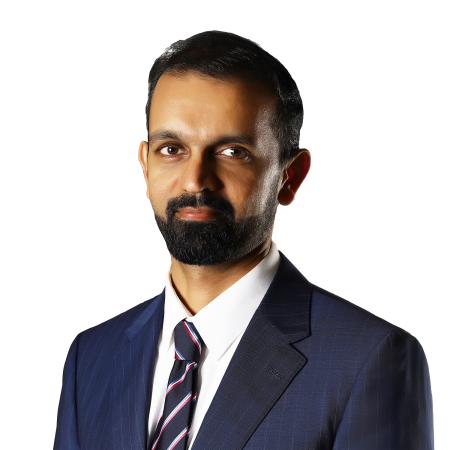 The UAE real estate market continued to recover in varying degreesacrossall asset classes, including residential, office, and retail delivery sectors, a trend that will likely continue in 2022. The Q4 2021 UAE Real Estate Report by property management experts Asteco revealed a significant surge in activity and pricing for villas and townhouses segments following the early COVID-19 outbreak, with this rally persisting since H

Lockdowns and increased prevalence of working from home resulted in a number of residents migrating to villas seeking larger space and private outdoor areas. The report also showed that despite the apartment sector performance not being uniform throughout the period, sales have shown an increased level of interest since the beginning of 2021, with both activity and prices in most communities recording notable gains.

2021 trends have not exclusively been driven by the pandemic. EXPO 2020, which started in October 2021, has provided relief for both residents and businesses.  Other significant initiatives announced such as the golden and retirement visa programmes, the release of Dubai 2040 Urban Master Plan (April 2021), the successful rollout of the vaccines, and the strategic containment measures put in place by local and federal governments over the year have also improved market sentiment.

The report indicated that the current trend of periodic emergence of new strains of COVID-19 must be examined, as well as how they affect the market in terms of value and activity in the short to medium term.

The report says that the Abu Dhabi residential market recorded the delivery of approximately 7,300 residential dwellings in 2021, comprising 7,000 apartments and 300 villas. Most of this supply was delivered in Al Raha Beach on Yas Island. In addition, several new projects were launched in 2021 including Noya Viva, Noya Luma, and Magnolia on Yas Island.

While the apartment rental rates were relatively stable at the end of 2021, they recorded marginal annual decreases of 1% to 4% across Abu Dhabi. Declines were more pronounced in older buildings, where rents were not aligned with market rates.

Villas and townhouses continued to achieve strong demand levels, particularly within the well-developed villa communities located on Saadiyat Island and Yas Island. As a result, average villa rental rates increased by 4% over the year, although some developments recorded a surge close to 15%.

The office market was relatively stable in 2021, with the exception of lower-quality office buildings where rental rates dropped by 3% on average.

The sales market was strong in 2021, particularly regarding villa sales prices, due to the lack of high-quality completed villas available for sale in the market. The villa sales recorded an average annual growth of 14%, predominantly driven by existing villa developments in Saadiyat Island and Yas Island.

Similarly, apartment sales also showed increased demand, particularly over the last six months of the year, resulting in an average annual increase of 2%.

The year 2022 will see several new project announcements and projects previously put on hold to restart. Improvements in rental rates recorded over the last six months of 2021 are expected to continue into 2022 and the villa sales market is expected to remain relatively active. The latest government regulatory reforms regarding business and foreign ownership, visas, and the labour market are expected to boost demand for residential and office asset classes.

In 2021, approximately 17,000 residential units were handed over, comprising 15,000 apartments and 2,000 villas, with communities such as Jumeirah Village Circle and Akoya Oxygen accounting for the bulk of completions. The commercial sector recorded the delivery of around 1.5 million sqft of new office space.

As expected, the start of Expo 2020 lifted real estate demand and rental rates. Apartment and villa rental rates increased by 3% and 4% over the quarter and 10% and 24% annually. Office rental rates also grew by 4% on average over the last three months, although additional incentives may have influenced net effective rents. Annual changes remained in contraction at 1%.

In the sales sector, apartment, villa, and office sales prices continued their upward trajectory, increasing by an average of 20%, 40%, and 12% over 2021. Increased supply and affordability opened the market to a wider investor pool and facilitated a rise in end-users and first-time buyers.

The report noted a marked rise in enquiries with focus on quality properties at competitive rates, particularly in the villa segment.

2022 outlook expects to see new supply close to 30,000 residential dwellings and 2 million sqft of office space, although, similar to previous years, some of this is expected to be delayed and will eventually spill over into 2023. In light of more supply expected for handover in 2022, tenant retention will become increasingly essential, and rental rates across all major asset classes are expected to increase further for good quality properties, albeit at a lower rate. Sale price growth is likely to continue but ease in 2022, in line with increased supply and new project launches.

While other Emirates continued their upward trajectory, particularly in the residential sector, the dynamics in the Northern Emirates were more or less in line with previous years.

Despite the marginal fluctuation in residential rental rates in the Northern Emirates throughout the year, the last quarter recorded growth rates of 2% on average, compared to Q3 2021. However, annual changes showed a decline of 1% as the recovery was focused towards the end of the year.

Apartment sales prices and rental rates in Sharjah remained more or less stable, with a quarterly growth of 2%. Rental rates in typical apartment buildings in Ras Al Khaimah and Umm Al Quwain recorded no change during 2021. Ajman, Fujairah, and Sharjah noted marginal reductions between 1% and 2%.

With government led incentives, attractive offers from developers/landlords and businesses resuming activity, Asteco expects sales prices and rental rates to stabilise and in instances, rise across Sharjah and the Northern Emirates.

In the Emirate of Al Ain, no major supply was delivered in 2021, except for the handover of a number of buildings in Town Centre and Asharej and some private villas in Falaj Hazza. Also, several residential buildings were converted to office space, with some being used by healthcare related companies.

Though the rental rates were relatively stable in the second half of 2021, apartment and villa rental rates recorded average annual decrease of 3% and 2%, respectively.

Demand for office space increased in the second half of the year and as a result, rental rates remained stable across the market. While the retail sector only recorded marginal rental rate declines with the majority of demand coming from the F&B sector, landlords continued to offer incentives, including rent-free periods, flexible payment plans and discounts on contract renewal, which somewhat offset potentially larger average rent reductions.

2022 outlook expects that Sharjah and Ras Al Khaimah will likely see significant additional supply across various master planned communities in terms of handovers of completed project and expected new project launches. In addition, Sharjah is also focusing on boosting tourism in the Emirate.

Similar to 2021, in Al Ain, Asteco does not expect a large number of new properties in 2022. New government reforms regarding visas and labour laws are expected to bring more stability to the market in terms of rental rates and demand for both residential and office sectors. Landlords will need to continue to offer incentives to retain tenants and facilitate take-up of vacant units and new supply.

Asteco is a major regional and international award-winning full-service real estate services company that was formed in 1985 and has gained enormous respect for consistently delivering high quality, professional, value-added real estate services in a transparent manner. The company is also widely recognised for its involvement with many of the projects that have defined the landscape and physical infrastructure of the United Arab Emirates.

The world-class company has a distinguished and important combination of local knowledge and international expertise and has been renowned for its application of the latest technological tools and innovations, its commitment to transparency, winning strategies and human expertise.

Asteco offers a wide range of services and solutions to its clients from Sales & Leasing, Property Consultancy & Management, Owners’ Association Consultancy & Management and Clubhouse & Lifestyle Management to Building Consultancy, Retail Management, Valuation and Advisory as well as Franchising services. The company applies innovative solutions and cutting-edge technology to add tangible value for its clients at every stage of the property lifecycle and to continuously elevate customer experience.