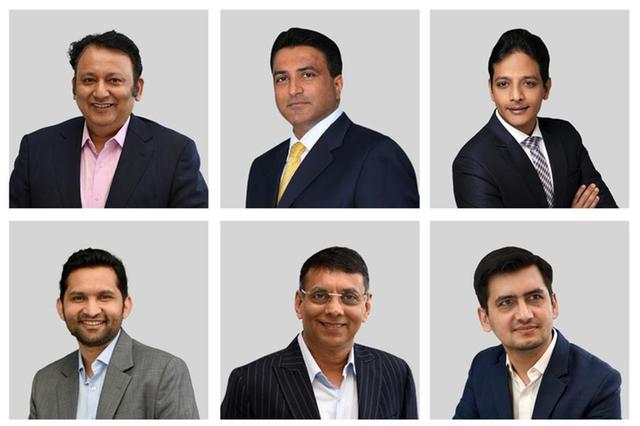 Beams Fintech Fund is India’s first ever dedicated Growth Capital Fintech Fund, which invests in Companies operating at the confluence of Financial services and Technology space. The platform focusses on creating significant value for its portfolio companies and is looking to expand internationally and sees UAE well positioned to be the international hub and silk route to the rest of the Gulf, north and eastern African regions.

As one of the biggest trading partners, remittance partners and FDI investor in India, UAE is equipped to provide the necessary capital and infrastructure to support the Fintech companies out of India.

Institutions such as Shuaa Capital, Mubadala, ADQ, ADIA, ADIC, Etisalat, Emaar, Banks etc have been active in India for some time and can work with Beams and its portfolio companies to create a larger and stronger Fintech economy between the two countries which will foster further innovation and development. Given the favourable demographic factors, the conducive regulatory framework pushed forward by the RBI, the CEPA, and historical relationship between the two countries, this is the right time for institutions & investors in the region looking to build Fintech portfolio to diversify geographically by evaluating newer opportunities coming out of India.

With a target size of $120 million & a greenshoe option, Beams strategy is to invest $15 mn-$20 mn in Growth Stages, Series B & C rounds of Fintech companies led by high-quality founders. Beams follows a very strong co-investment approach towards investing and actively offers co-investment opportunities to its LPs. Beams plans to build a concentrated portfolio of a dozen Fintech companies in a market currently valued at $80 billion+ and is likely to touch $250+ billion by 2030. Beams is being launched by India’s first and largest integrated incubator, Venture Catalysts, that also has 9Unicorns, a $120 million early-stage sector-agnostic accelerator fund in its stable.

Asuman Dayican Abdullatif has also joined the platform as Venture Partner. Sudhanshu Garg will be acting as an Institutional Advisor for the region.

Beams has already started investing from its Fund and has invested in Niyo, India’s leading Digital Banking platform along with Accel and Lightrock. Beams is also completing its second investment which is in the supply chain finance space along with Tiger Global, Google, Sequoia and Creations.

Beams has a founder-first approach & a focused strategy of offering founders with capital and ecosystem support to build large successful fintech companies. It would provide a network of local and International Banks, Insurance companies, NBFCs, Fintechs, Mentors & Advisors to not only access capital at affordable rates but also to expedite the go-to-market strategy of its portfolio companies in India & Middle East.

With more than 2.6 million members and a 30% population share, Indians constitute the largest expatriate community in the UAE and becomes the natural entry point for Beams portfolio companies. Middle East Banks, NBFCs and Large Tech Founders can become part of Beams ecosystems to support the Middle East Fintech ecosystem.

Emphasizing the opportunities in the Fintech sector, Sagar Agarvwal, Co-founder & Partner, Beams, said, “Fintech is consuming an increasingly larger slice of the software pie. We are in fintech 3.0 right now globally, with the first wave of lending and payments companies having received a significant amount of capital and now the capital is moving across segments. Seasoned professionals & high-quality founders are moving out from larger firms to target newer categories to solve the long tail financial services demand globally.”

On the need for a Fintech Fund, Anuj Golecha, Co-founder & Partner, Beams, said “Fintech opportunity is huge in India as it is the only tech segment in India that has created over $80 Bn in value in India and $8 bn in M&As. Our returns in BharatPe are a testament to the opportunity in the Fintech space in India. We have given 90x return to investors from BharatPe exit which turned Unicorn last year and are creating more Unicorns in this space. We have one of the best Fintech investing teams in India with an excellent track record.”

“Middle East & especially UAE plays an important role into India’s Tech ecosystem. Middle East investors are not only actively investing in India but supporting our Companies expand into Middle East. ADGM & ADIO has come up with special incentives to encourage Indian companies to come into Middle East and we are excited to help build the Fintech ecosystem in the region.,” said Deepak Ahuja, Fintech Expert Partner, Beams.

With higher adoption of technology and growing interest from Banks & FIs in UAE looking to collaborate on Technology, Product Creation & Partnerships with Fintechs, this would be the right time to bring models from India. Indian fintechs can not only offer technology partnerships but also build larger outcomes in the region by the acquisition of domestic fintech players. They can collaborate by building larger regional platforms, build costs synergies etc

Beams Fintech Fund is a Growth Capital Fintech Fund for India offering Ecosystem, Value Add & Capital to support the Fintech founders of tomorrow. Beams Fintech Fund will focus on investing in Growth Stage rounds (Series B & C) of financial technology companies run by exceptional entrepreneurs. We aim to create the market leaders of the Fintech revolution in India by supporting entrepreneurs in building enterprise solutions for the financial services industry & disrupting the way banking & financial services are traditionally offered to customers & businesses.