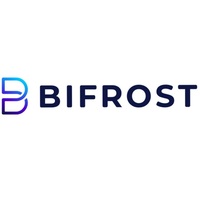 The two leading Korean venture capital and private equity firms, Korea Investment Partners and STIC Ventures, are known for their prior unicorn investments, including the South Korean internet giant Kakao Corp. and the entertainment company HYBE. Followed by their seed funding round of $3.3 million back in 2019, Korea Investment Partners is continuing this latest Series A round in PiLab Technology.

Investments from Korea Investment Partners and STIC Ventures are worth $5.85 million. In addition, a venture capital affiliated with a securities firm has made investments worth at least $2.5 million, with the close of the Series A funding round to a total of around $8.4 million.

It has introduced a number of decentralized finance (DeFi) products, including BiFi, BiFi X, ChainRunner, Biport, and an NFT-based Play-to-Earn (P2E) game Summoner, and now focusing on building a multichain ecosystem utilizing its own multichain technology of BIFROST.

BIFROST is projected to be the industry-leading platform building the next generation of blockchains and the metaverse, catalyzing global adoption with its scalable and interoperable multichain technology. The funds will be used for the expansion and globalization of BIFROST through strategic partnerships and development.