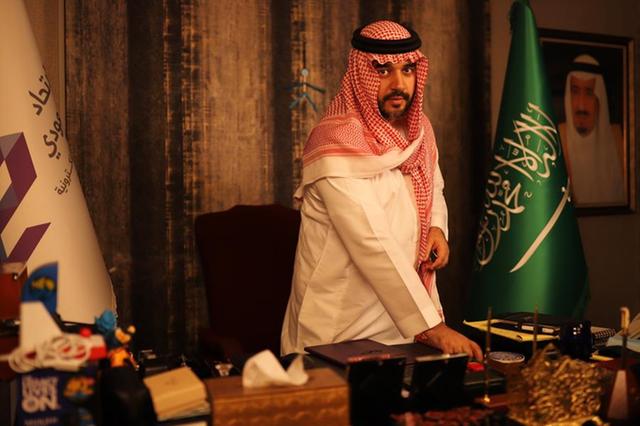 The Next World Forum, an esports and gaming forum that will bring together sector leaders and experts from around the world, is to be held on Wednesday, September 7 and Thursday, September 8 in Riyadh.

Hosted at the Four Seasons Hotel Riyadh At Kingdom Center, the inaugural Next World Forum is where the global gaming and esports community will gather to discuss the development of this vibrant, economically flourishing, and collaborative ecosystem.

Showcasing new ideas, investment, and talent development, the Forum is also an ideal setting to highlight Saudi Arabia’s thriving role in the gaming and esports industry, as the nation strives to contribute substantially to the dynamic value chain.

Organized by the Saudi Esports Federation, the Next World Forum additionally brings the curtain down on the phenomenally successful summer season of Gamers8, the biggest esports and gaming event worldwide, which is currently being held at Boulevard Riyadh City.

With a highly impressive list of speakers, those attending the Next World Forum include ministers of sport from various leading nations, investors, gamers, developers, tech providers, start-ups, public sector representatives, brands and advertisers, publishers, broadcasters, and federations and leagues.

His Royal Highness Prince Faisal bin Bandar bin Sultan, Chairman of the Saudi Esports Federation, said: “The Next World Forum is an opportunity to shape the future agenda of esports and gaming – including the complete capture of full sector growth through investment and collaboration.

“All of us involved in gaming – an industry bigger than Hollywood and the music industry combined – are abundantly aware that there is still enormous room for development and advancement. But while we know that gaming is growing exponentially, the key aspect is about how we work together to make it even better.

“It is imperative that we propel a gaming and esports sector that offers rich opportunities for industry and governments while meeting and exceeding new expectations from gamers around business models.

“In pursuing that quest, Saudi Arabia, which has an aim to become not just one of the global leaders in esports and gaming, but the global leader, is a fitting host for the Next World Forum. We look forward immensely to welcoming the esports and gaming world to Riyadh on September 7 and 8, as we convene for productive, purposeful, progressive, and prosperous discussions.”

More than 1,200 delegates from across the globe will gather in Riyadh to discuss the most pertinent issues in esports and gaming at the in-person Forum.

Across two days, the Next World Forum will highlight:

Specific September 7 panel topics at the Next World Forum include the Industry Keynote speech on Gaming and Esports as the Next Frontier of Media, Gaming as an Untapped Economic Powerhouse, and VR/AR and the Metaverse in the Spotlight.

Specific September 8 panel topics at the Next World Forum include Governments as Ecosystem Enablers, Leveling Up Esports and Gamer Health, and Build it and They Will Come – The ‘Third Place’ Experience and Rise of Gaming Venues.

The Forum will also feature a series of activations, gaming masterclasses, and bilateral meetings.

More information on the Next World Forum can be found at https://www.nextwrld.sa.

Organized by the Saudi Esports Federation, Gamers8, the biggest esports and gaming event worldwide, runs daily throughout this summer until September 8 at a purpose-built venue at Boulevard Riyadh City. Elite esports tournaments are featuring alongside a series of big-name concerts, festivals, shows, and fun-filled activities for all ages.

Gamers8 focusses on four main pillars, each with something to offer for everyone. These four pillars are: Professional Esports, Festivals, Music and ‘The Next World Forum’.

In addition, big-name international artists, each of whom is guaranteed to captivate music lovers, are appearing at Gamers8 concerts alongside numerous local and regional talents each weekend throughout the event. Over 1,000 activities and attractions, such as comedy, cosplay, magic shows, and much more, are also on the Gamers8 entertainment agenda. Further details, including ticket sales, are available on the event website.