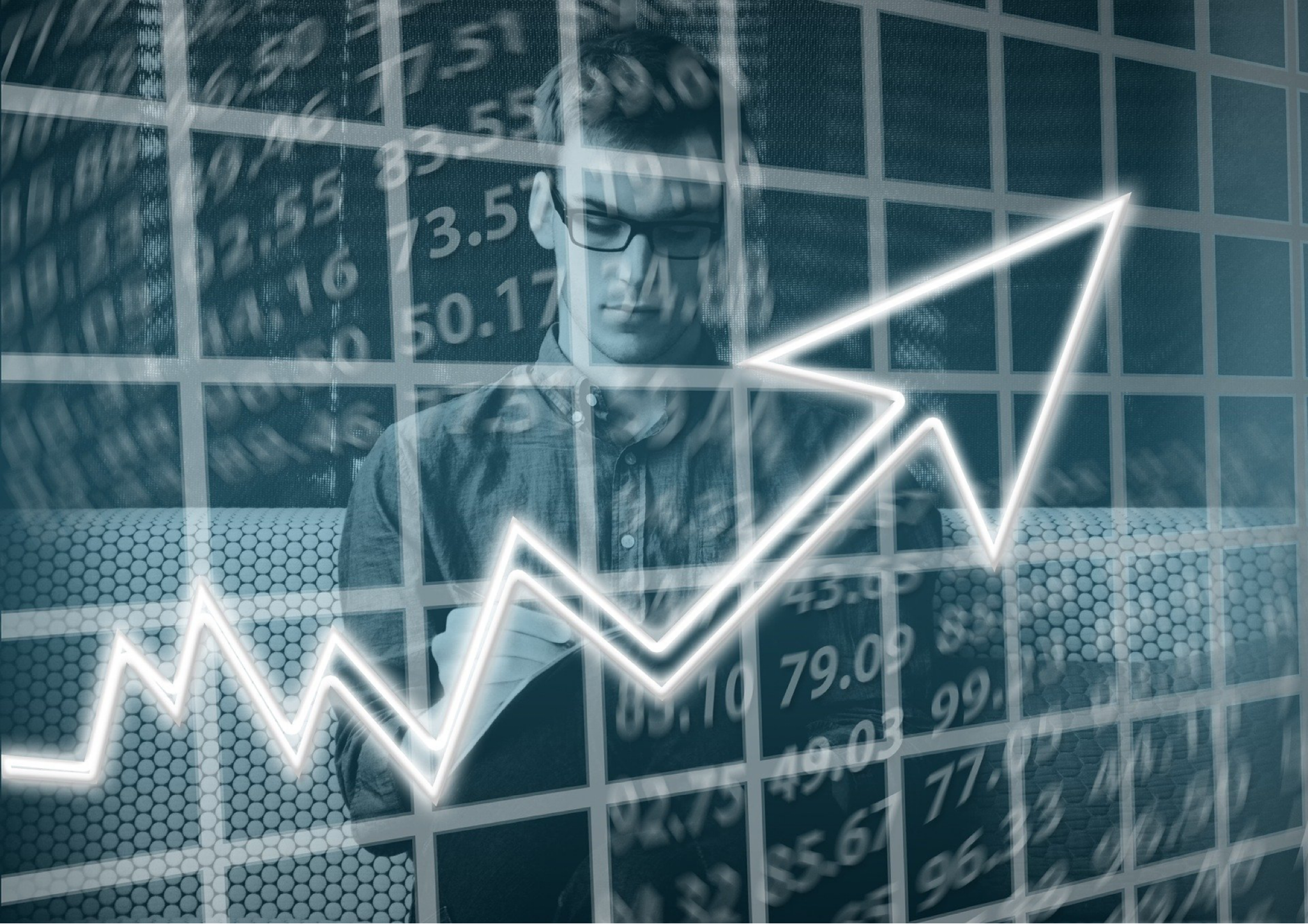 “E-commerce isn’t the cherry on the cake, it is the new cake!”

With a tax-free regime, high investment climate, growing economy and high spending urban populace, it is no wonder that Middle East has become the epicentre of all things – Ecommerce!

The emergence of the new middle class, Gen Y and western influence has meant that there is a huge clamour for global brands at the click of a mouse or tap, better still, delivered to the doorstep directly! In the cliched cat & mouse game of E-commerce sites (both sold literally) and aggregators/last mile delivery, the consumers are the winners on high price war bargains and the spoils thereof!

With mobile taking precedence on all things social, the utter need for mobility is also not lost among the majority of the consumers, breeding a growing ecosystem of first-time entrepreneurs re-imagining the new dotcom wave!

The success of home-grown E-commerce ventures like Souq.com, Dubizzle, Namshi.com, ekar, Careem and Noon.com (to name a few) have meant that Venture Capitalists are not shying away from investing their seed capital for layered scalability. Various entrepreneurial incubation centres supported by Government have paved the way for enterprising young Emiratis, to do their bit in the E-commerce space. Government investment vehicles like DIFC are serving as springboards for emerging Fintech companies quite admirably. The upcoming Dubai EXPO 2021 holds great promise in this segment, adding to startup ecosystem and representative offices in Dubai as Middle East hub.

The Covid-19 pandemic has further bolstered the digital space for retail resurgence. Quite a lot of e-commerce ventures on the verge of drawing their last shutters down, had a fresh lease of life in lockdown-induced-safety-protocoled 2020 & beyond, meaning new infusion of funds & increased revenues. This has helped drive the almost steroid laden growth trajectory and newer players.

The industry trend of 3 out of 5 E-commerce initiatives quickly folding up within 2 years has given way to M&A opportunities. Flagging revenues but high on potential firms are being lapped up as inorganic acquisitions and the Stars of the BCG Matrix landing up with multi billion deals like Uber taking out Careem and Amazon taking out Souq.com. If unicorns are looked at being mythical creatures, E-commerce provided several Unicorns shaking our conventional realities pretty quickly…it’s an unique animal inarguably!

If we go back to the 2000s era of the dot.com splash and then its abrupt bubble burst throwing all into a snowballing recession, it nearly meant a death knell for online retail then.

Besides technology limitations, incorrect assessment of market value of certain hi tech firms soaring in value though none were profitable, coupled with the slow adoption of consumers in sharing their credit card information online, the retail online business segment was a grey operative. It was perceivably great as a concept, less assuring as a lifestyle choice.

Additionally, the logistical planning involved in running an eCommerce business had not fully been established. We now know that inventory planning, warehouse management, last mile logistics management,  fleet management  and tracking,  route optimization, and providing full visibility to end-consumers are all things that are needed to make a supply chain work. Back then, businesses just didn’t understand this as a core and shell of this domain.

For these reasons and more, eCommerce was deemed almost being dead on arrival in the late 90s and early 2000s. Some key examples of online retail businesses going bust were Boo.com (lost $135 mn over 2 years), Webvan (went down from $1 billion to bust within 2 years), eToys.com (went bankrupt 2 years after going public), Pets.com (despite being the poster boy of the dot.com, closed down after losing $300 mn).

The  bursting  of the  bubble  caused market panic through massive sell-offs of  dot com  company stocks driving their values further down, and by 2002, investor losses were estimated at around $5 trillion. Of the few businesses that emerged from the ashes of the bubble burst was Amazon, who went on to dominate the online retail market. In many ways, Amazon is the first-mover in nearly all innovation when it comes to online retail and logistics involved in it.

Let us do a deep dive on analytics, for a better understanding.

Today, e-commerce is a $2.2 + trillion market, and it is expanding at an annual growth rate of 24%, four times faster than the global retail sector as a whole. E-commerce is becoming the key growth engine for retail. Its contribution has risen from 7% in 2012 to 39% in 2017, and it is expected to surpass 50%  this year!

The Digital media phase (business joining the party online, with media at the forefront of digitization, aggressively growing the share of digital media from 10% to 30% + in 2017-2018).

The Middle East Ecommerce market was valued at 8 bn USD in 2017 and that number has substantially grown over the last 3 years, with an average annual growth rate of 25% slightly above the global average. GCC and Egypt accounts for 80% of the overall Middle East E-commerce pie.

The average E-commerce penetration stands at 3% for GCC, with UAE leading the pack at 4.2% similar to developed markets like Turkey and Brazil, followed by KSA at 3.8%.

At 2.5% E-commerce penetration, Egypt is similar to other mass markets like India.

Some trends noticed in E-commerce are:

–          The growing role of search engines compared to retailers sites, at the consumer researching stage.

–          The role of videos in the consumer path to purchase. For example in KSA, youtube introduces more than 50% of shoppers to new brands and helps 70% drive brand following. So 1 out of 2 consumers visit a E commerce site or a physical store after watching the Youtube videos!

–          Mobile first consumers preference, as the smartphone becomes the preferred screen to research and shop for online products.

Having said all the above, MENA consumers have still not fully integrated shopping online to their shopping habits. While the average shopper in USA conducts 19 purchases online in a year, MENA shoppers do so only 2 to 4 times a year.

Other bottlenecks for an exponential Ecommerce adoption are limited selections online inconsistent delivery times due to aggregators dependency and a chaotic customer service support.

Core categories like fashion and electronics have dominated the MENA retail industry. Most of these groups still do not have an online presence as expected, with less than 20% of global brands physically present in MENA.

Interestingly, this demand and supply imbalance has led to cross border ecommerce, with non-MENA Ecommerce players capturing a significant share of the growing online customers. To compare, cross border ecommerce in GCC represented 50% of the market vs less than 13% in the UK and 6% in USA! Amazon, eBay and AliExpress are cases in point, with larger product portfolio, lower shipping charges and flexible return options. In KSA, the Chinese Ecommerce platforms like Shein and JollyChic have seen 60% annual growth over the past 3 years. Jolly Chic has recently got a series C round of funding with a reported 1 billion USD valuation from VC- Sequoia Capital.

Electronics and Fashion are the largest online categories today, while electronics, beauty and personal care have the highest ecommerce penetration.

Comparison between a developed USA and an emerging GCC/Egypt in these online retail segments:

In fashion, shoes and women’s clothing are the biggest sub-categories. Naamshi.com has been an early mover in the shoes category but is facing competition from Souq and Noon. Also luxury fashion e-commerce has been developing at a faster pace than high street fashion.

Omnichannel Retailers like Landmark Group, Apparel Group, Chalhoub Group and Al Tayer Group are launching their own e-commerce channels and making a continual dent in the pure ecommerce market.

However much the success, a few reality checks are a part of the E-commerce narrative.

–          From High Tech to Fin-tech to overexpanding categories across Electronics, Fashion, Essentials, Automotive, Pharma and mobility, every quarter seems to have the buzz of a new E-commerce entrepreneur, who often sizzles out as quickly as it starts.

investment in people, technology, infrastructure and risk. Continuity of investor confidence and consumer sentiment, being the key drivers or deterrents here.

–          The people culture of an E-commerce or any Tech startup is very different, attracts a different breed of talent, almost transactional with a workaholic regime and specialist focus for functions, driven hard every day. The burn rate is high, attrition higher and retention hardest. The work life balance is in disarray mostly, worker welfare & treatment at warehouses/manufacturing/aggregators found dodgy and a pro employer policy heavily skewed.

–          Social media dominates with its consequences and that sometimes defines which way the stocks and fortunes flows. A wrong tweet, politically incorrect stand and human frailties have come to bite the best of the e-preneur.

–          Conversations with a leading Academic researcher in the American University of Dubai, Prof/Dr. Shilpa Banerjee revealed that CSR and Sustainability are the buzz words that have not yet caught up as expected with most E-commerce players and if adopted well, will further define the community stickiness, for sustenance.

With the thrust on digitization, the need for E-commerce to expand its depth and size remains the need of the hour. The feel and charm of a physical store is being replicated for a near store immersive feel with 3D Technology, AI interventions, Robotic tools and personalized content that almost intrudes on your privacy, not to speak about data security.

Data analytics on Net Promoter Score, Lifetime value of customer, EPS, ROI and the works are continual evaluations on the granular level, when the narrative changes from traffic, SEO to critical insights on customer leverage.

Well, if God is in the details, the Devil is not far off in its consequences with regard to dependency, vulnerability and the constant need for more retail satiation. The investment culture for startups are almost mirroring the fallouts of the Dot.com era, when profitability and financial prudence are often sacrificed at the altar of half cooked passion, window dressed business proposition and heightened urgency to take a share of the unicorn seeming virtual pie!

There is no question that whilst E-commerce is here to stay and consume our re-imagined world we live in, it also breeds ignominy of privacy breaches, security risk, fake branded inventory, impulse buying and ungainly materialism beyond the virtues of convenience.

They say advertising and its close cousin E-commerce is the art of arresting your intelligence long enough, to make money from you, it’s a choice between being lured and being the lord…choose wisely!

Sanjeev Pradhan Roy is a Talent Acquisition strategist in Dubai for 13+ years, having led & transformed the talent landscape for giants like EMAAR, Al Faraa, Manpower Professional and Galadari Group, besides market leader clients whilst in consulting. Founder of a niche Consulting firm in Dubai (TEAM ONE) and a regular panel in the AESC (Association of Executive Search & Leadership Consultants) Forum for Dubai Chapter, for number of years. His key strengths are in executive search, TA Centre of Excellence and senior leadership interventions.