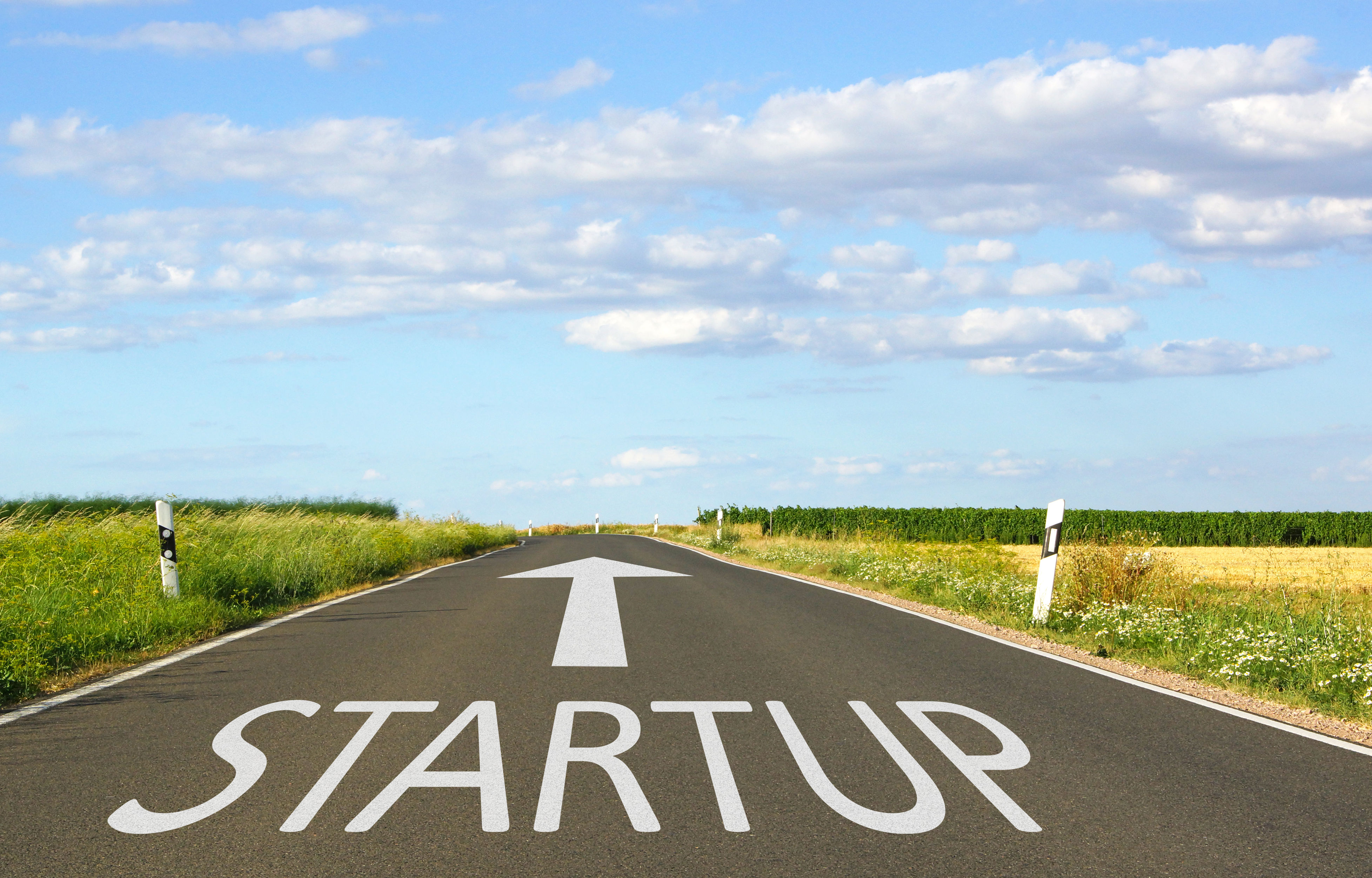 From the garage of a small home started a journey with the crystallization of an idea in the mind of a 30-year-old American young man. At the time, his capital amounted to zero.

Added to that, he was not optimistic about the success of his idea.

In 1995, he worked for a company that operates in the stock exchange market on Wall Street. This young man noticed the rising popularity of the internet and the increase in the number of its users. He read that there was an increase in internet usage by 2300% in one year. Astounded by this number, he began to think of a way to benefit from this coming revolution that was fast looming on the horizon, which is the internet.

The lines of the idea began to take shape, to weave its strings inside him, and at that time, the internet did not reach most countries of the world. In fact, there were only 10 million computers around the world connected to the internet. This young man decided to leave his job on Wall Street, though his boss tried to convince him to stay, saying these ideas have no economic return whatsoever, yet this young man preferred trying and failing to never trying.

He put together a list of 20 products as possibilities for selling on the internet, finally deciding on selling books. The next day, he went to a book fair in an attempt to understand everything that concerns the trading of books. He saw the number of books sold, and his idea began to crystallize even more in his mind. He decided to collect all the important books in one place so that readers could find what they wanted to read and then buy them online.

He started his small company from his home garage, and its name was “Cadabra,” which is a word inspired by “Abra Cadabra.” Children use it in the Western world to express magic or supernatural things that are fulfilled immediately, just like magic. And the name conveys that the internet at that time was like magic.

This emerging company needed financing, but this young man and his wife did not have much money, so he presented the idea to his parents. Though his parents did not trust the so-called internet itself because they did not know about it at that time, they trusted their son and allocated 300 thousand dollars to him – this amount was their only capital in life, and it was all that they had.

But their confidence was in place for this ambitious young man, who later said, “I knew I would have been deeply regretful if I had not participated in this so-called internet thing, which I thought would be a revolutionary event. When I thought about it that way … It was very easy to make a decision.”

This young man is “Jeff Bezos,” and his company is Amazon. It was named after the Amazon River in South America due to its large number of branches.

Amazon has crossed the trillion-dollar mark, becoming the second company in human history after Apple to reach that value.

This young man had taken revolutionary action and taken advantage of the internet. What he reached at this level through amazon and online sales is actually called “E-commerce.”

What does E-commerce mean? It is the sale or purchase of products or services online.

To understand E-commerce, let’s take a quick look at its history and impact on the business world:

–          A person sold a CD for ‘Sting and his singing group’ to his friend. That is why the history of E-commerce is intricately linked to the history of the internet, where online shopping became possible when the internet was opened to the public in 1991.

In a current concept, E-commerce is “an innovative approach” in business management, aimed at goods and services and speed in performance. E-commerce activity includes the use of the telecommunications network in the search and retrieval of information to support individuals and organizations’ decision-making.

E-commerce is also the delivery of goods, services, information, and payments over the internet or any other electronic means.

The Organization for Economic Co-operation and Development – OECD’s definition indicates that E-commerce covers all forms of business processes between companies and individuals – based on electronic data exchange, whether written, visual, or audible.

E-commerce in the GCC countries

The Covid-19 crisis has pushed people worldwide to significantly reduce interactions, freezing a large share of traditional trade. People are starting to adopt new ways to meet their online needs, such as shopping, medical interviews, learning, and even fitness or yoga classes… This situation has encouraged businesses to adopt digital services and prompted the rapid transformation of business consumers to develop their businesses faster than the speed of the customer, which has helped many companies to grow and prosper in a short period. It became clear that the return of consumers to the traditional shopping pattern before the pandemic is rather challenging and we will move forward in the new digital way.

The E-commerce market is now making a mighty leap in global trading volume.

The United Nations Conference on Trade and Development estimated, based on data from national statistical offices in significant economies, that online sales accounted for 19% of total retail sales in 2020, upward from 16% a year ago.

In the Middle East, especially the GCC countries, in the second version of its report on “The State of E-commerce in the Middle East, North Africa, and South Asia: The Version of Products Directed Directly to Consumers” according to Dubai CommerCity.

The E-commerce sector grew significantly during the Covid-19 crisis, with the GCC region experiencing an annual increase of 214% in cross-border e-sales by mid-2020.

The report’s findings indicate that the E-commerce market in the Middle East, North Africa, and South Asia is equivalent to 2.5% of the global E-commerce market for direct business between companies and consumers.

The E-commerce market in the Middle East, Africa, and South Asia is expected to reach US$148.5 billion in 2022.

South Asia presents the most significant volume of the regional sub-market, with India ranked first in terms of sales volume in the Middle East, Africa, and South Asia, with a sales value of US$45.7 billion in 2019,

Forecasts for 2019-2022 indicate that the GCC region will see the fastest growth in regional E-commerce sub-market. Saudi Arabia and the UAE lead the way with a compound annual growth rate of 39% and 38%, respectively.

The six GULF Cooperation Council (GCC) countries have advanced their position on the E-commerce index, with the United Arab Emirates coming first among Arab countries and ranking 37th globally.

The GCC countries experienced significant changes in their positions between 2019 and 2020: the UAE fell from 28th place, Saudi Arabia maintained its position, Qatar fell from 47th place, Kuwait fell from 57th place, and Bahrain climbed one place from 67th place. Oman recorded the biggest changes, replacing Turkey in 54th place, while Turkey fell to 57th place.

One of the most prominent factors that have led to the significant rise in e-shopping in the region over the past years has been the introduction of giant global companies for electronic payment portfolios, such as Google Pay, Samsung Pay, and Apple Pay, along with the payment portals that existed and many banking platforms in the region, especially the Gulf ones.

The E-commerce market is still expanding more than ever, especially in the Middle East and the Gulf Cooperation Council (GCC) countries.

As the internet and E-commerce began in the United States and were once a giant, the E-commerce Center began to shift from the earth’s western hemisphere. One of the main factors is the improvement of countries’ infrastructure, improved technology, and the rise of globalization.

Sound technology looming on the horizon

The very modern trend of E-commerce is the emergence of audio technology such as Google Home, Amazon Echo, and Voice commerce which is a term used to describe any transaction made using an audio device. This form of trade is increasing dramatically, and Amazon had already activated audio purchases by 2016.

Voice search technology is a critical step to ensuring customer loyalty. AI aims to understand search queries well and serve customers with the most appropriate answers and results.

And that takes us to E-commerce and sustainability.

Awareness among a large number of consumers has become a motivation for companies to be more transparent and sustainable in their operations and product selection, making executive retail managers think about how their work will affect people and the planet.

The shift in online shopper preferences increased the consumer base, and this higher purchasing power leads to widespread adverse effects through the growing demand by shoppers along with competition among service providers. For on-time delivery to satisfy customers’ desire this causes an adverse effect on sustainability in general. Air pollution could rise to 25 million tons annually and traffic congestion will be affected by a 36% increase in the number of delivery cars in the world’s top 100 cities until 2030.

Consequently, the increasing emissions from delivery traffic surge congestion which may climb by more than 21%, according to a report by World Economic Forum.

While fertilizable or sustainable packaging could be a marketing tool for their products and utilizing electric cars in deliveries could certainly be a solution to carbon emissions.

However, companies in the Middle East, such as FedEx Express and others, have begun to adopt a sustainable approach to logistics, which is to integrate packages into circular paths rather than point-to-point flights.

Trends that will charter the E-commerce scene

One of the trends that will charter the E-commerce scene is artificial intelligence.

According to studies, users will spend $7.3 billion on AI by 2022, with more than 120,000 stores using augmented reality technologies to provide customers with a truly luxuriant buying experience.

Artificial intelligence is one of the things shoppers in real-time stores can’t enjoy, unlike online shoppers. Although online customers will be unable to check and experience the product before buying, stores investing in AR (augmented reality) technology will have a chance to preview the product before they buy it.

The ability of artificial intelligence to manage supply chains must be utilized thanks to its predictive tools, providing customers with information and recommendations to encourage electronic sales, and ensuring after-sales customer care services.

I say that the increase in consumer confidence in online shopping, which gives them a comfortable feeling, will ascertain that they want to continue with that feeling – the consumer’s desire for instant services has become part of his daily life.

And in the end, thanks to the young, Jeff Bezos, who believed enough in his idea that he left his work on Wall Street, supported by his wife, trusted by his parents, achieved more than he dreamed of and became a milestone in the world of E-commerce until it became a formidable number in the business world. He was able from his garage to build an E-commerce empire and was a cause behind millions of people and companies worldwide to grow and prosper.

Will there soon be an entrepreneur from the GCC who will make a formidable leap in the business world?