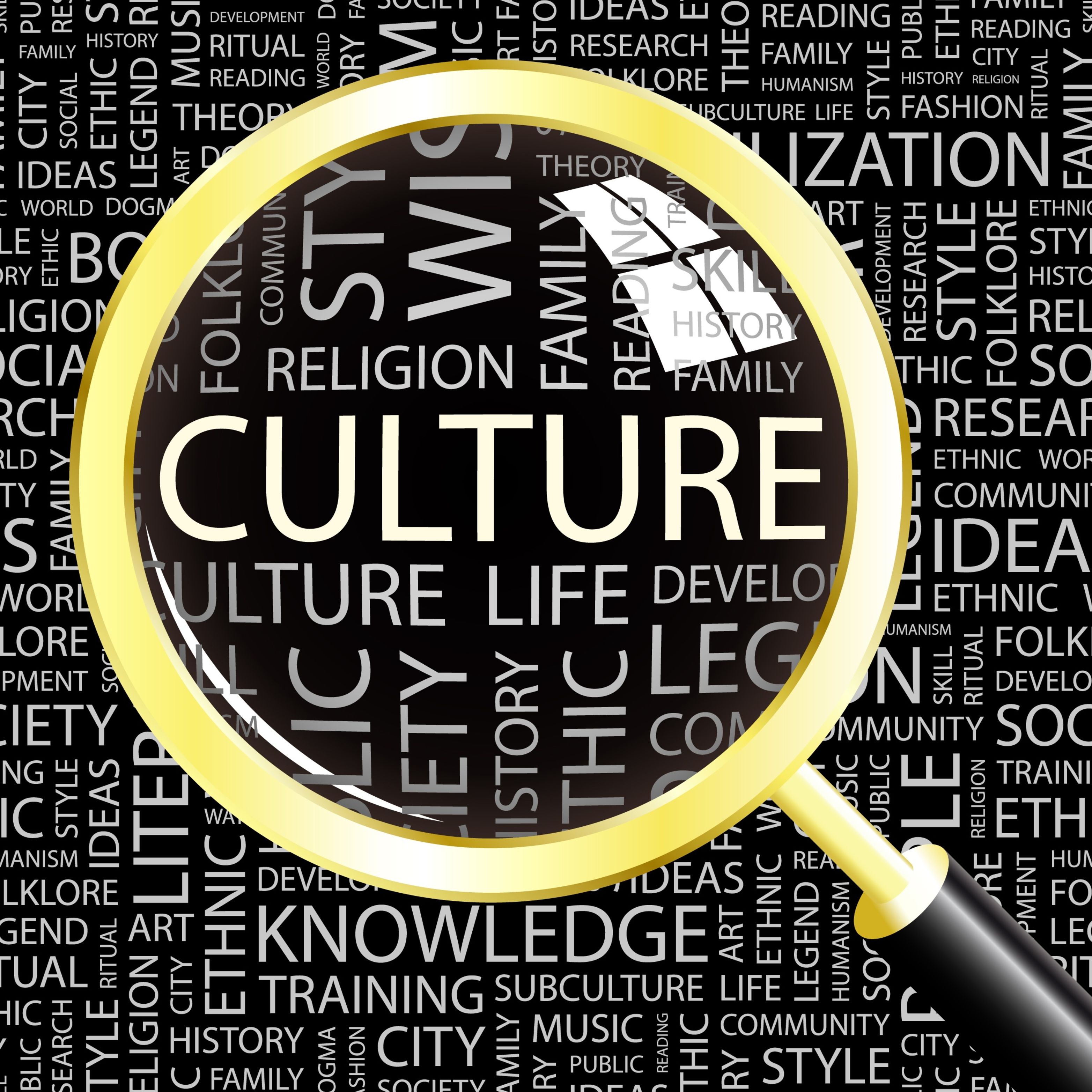 Delivering training can be challenging to those that understand us, but if you are like me and have a thick kiwi (New Zealand) accent, it can be even more challenging. On top of this in a multi-cultural melting pot such as Dubai, where employees are often from international locations, and may have been here either a long or a very short time frame, I find that people often struggle to simply understand me.

Not only do they struggle with understanding different accents, which is further challenged by the speed in which people talk as well as the pitch and tone spoken, but also the content created for the delivery which usually has an international flavour of the trainer delivering it.

When most think of communication they think of what is spoken, but communication is much more, is not only verbal and physical delivery it’s also the content and theme of what delivered. Training is usually always designed based on a topic, with a theme used to capture our audience’s imagination and desire to listen and learn.  “What we say” is just as important a communication tool as “how we say it”.

The focus of this article will be on creating parallels and humour and phrases and the challenges these create for a trainer when training a number of different nationalities as well as the issue of accents, speed, pitch and tone for delivery.

Drawing Parallels to Emphasise the Point or Concept

A perfect example of how the pitfalls of drawing parallels came out recently when a person whom I had been mentoring invited me to join a negotiations training program he had designed and he was delivering for the first time to a sales team.

It was as you can imagine very exciting and the training was extremely thorough and well planned, the trainer had a number of years’ experience in this field and had managed and coached people for over 20 years.  However the trainer, who was from South Africa, wanted to make a point to the audience about preparation and plotting a needs analysis chart for their client.  When plotting the chart it sometimes requires the sales person to make an educated guess on the needs required by the client, which is then reviewed later as you learn more about them and you can adjust the strategy.

To make this point he referenced it to a game that he played as a child in South Africa called “Battleship” where each player has a board the other cannot see and plot their ships on it. One player would guess where the other player’s battleship using a number letter chart and try to put their ships on top of the other player in order to sink it and win the game.

I knew of this game but later when we were talking about it we found that actually it is not commonly played or even known in India, Philippines, Russia and many other places, which is where the majority of the sales people were from. So you can see my point about referencing.

Communication is not only about how you say something but what you say and if that point can be understood by the many.  While the point and reference was a good one it was lost in communication during the delivery of this training as no one knew the game and it was not explained in detail to them and the trainer just assumed that they knew it or had something similar they can reference it to and as they didn’t most likely the communicated point and parallel formed was most likely completely missed.  The audience was listening and made no mention that they didn’t understand or know the game and so the training continued and moved to another section and point.

When the material and delivery was reviewed and a couple of the different nationalities  were asked if they had heard of or dealt with the game in their culture as a child and the answer was a resounding No, and there was not even anything similar they had experienced.

So while the point may have been a good one, it was missed as no parallel could be drawn for a lot of people. The communication had failed. Communicating points in this method is a strong way of connecting people to the idea, but in a multi-cultural environment it’s important that these references or parallels are created through things that the audience is familiar with or knows.

One of the other communication tools that we often use in training, is Humour. Its effective and the idea of the use is that it relaxes the audience, breaks the monotonous and assists to create a funny parallel often to make a point, or get people to know and understand each other. Humour is a great tool used especially when you have a particularly dry topic or training delivery that will last for some time. But humour is a grey area across cultures and ensuring that the humour is understood and not misinterpreted during training is very important.

Obviously a trainer is going to be sensitive or culturally aware and does their best not to offend, but when they don’t understand the other culture fully then simple mistakes can happen. Some words even can be offensive without knowing it. As an example of saying the wrong word in one situation,  I had once said to someone in an Arabic culture ‘don’t be silly’ which is an off the cuff remark often said in New Zealand in a friendly way to someone to suggest they need not worry about anything and it will be taken care of. But the person I said it to thought I was telling them that they were stupid and therefore got offended without my knowing. Later when I found out they were upset, I needed to explain that the phrase was not meant in this way. So as you can see, the phrases or words that one culture uses can simply be misunderstood by the other.

In regards to humour, sometimes it’s not just the content but also one cultures funny bone can be quite simply different from another. An example of this is some cultures find sarcasm, or satire, slapstick hilarious may not suit another culture and I have seen these things also used in training sometimes in videos to explain a point or draw a parallel. The audience simply didn’t ‘get it’ and the result is that the effect or point which is being made is completely lost in the training. As an example when I younger, training sessions often included clips from a British show called ‘Faulty Towers’ usually used as an example of what not to do, but when I have seen this used in the Middle East, often the result is lacklustre.

The trainers job is to be aware of the type of audience they are pitching to and looking for signs from them if they have understood, or not understood, looking for the international barriers and pitfalls that come with international communication. We don’t want to miss out humour or drawing parallels to points but we need to understand our audience and always be checking our material.

As I mentioned at the beginning, this is something that I struggle with, especially when delivering training for a long period. My natural pace of speaking is fast and this combined with my accent is challenging for others, and when I get tired during a delivery, my pace tends to speed up and not slow down. Of course you are checking along the way with your audience if they have questions, but if they don’t understand you, then sometimes they are shy to ask you a question as they simply have missed what you have said all together.

Some of the words I use are hard to understand for all ears, my ‘E’ sound is hard to understand, when I say Pen they think I have said Pin, and when I say the word Phone they don’t get it at all and the number six is also a challenge not to mention the phrases as I said before.

For this to be right it’s very important that I round my vowels out and slow down for people to understand me, or I have to use different words that are easier or ensure that I expand on the meaning using different ways to explain the same thing example being ‘a pen, something you write with’.

Pace and pitch are essential in training, I have listened to many trainers who have a great topic but are simply boring to listen to as there is no melody or variance in their speech and they are Monotone. The audience looks like they are asleep as the trainer has no energy in their voice and seemingly no enthusiasm or passion for what they are delivering. Some cultures take themselves very seriously but it’s important to remember that communication in training is about engaging your audience.

Using pace, tone and pitch to communicate as well as offering pause are essential tools to use when delivering across cultures as well, It gives listeners who aren’t used to you time to catch up on what you are saying and digest it.

They key to training is to share information, and this is challenging when it comes to communication across cultures, the wrong word said in the wrong way or someone who is too fast, slow can really impact the quality of information being transmitted.

Being understood is the Key to Communicating to people and this requires practice. Trainers may not be professionally trained but all trainers should always check the content with some of the cultures you are delivering to and practice and video record their delivery prior delivering it to a real live audience to check your pace, pitch and accent as well and this will help to avoid the communication pitfalls across cultures.

Kathy Sorenson is the Founder and Managing Director of 1on1 HR Consulting based in Dubai. She has over 15 years experience in Recruitment, Training and Management, Kathy has worked hands on with both agency and in-house recruitment