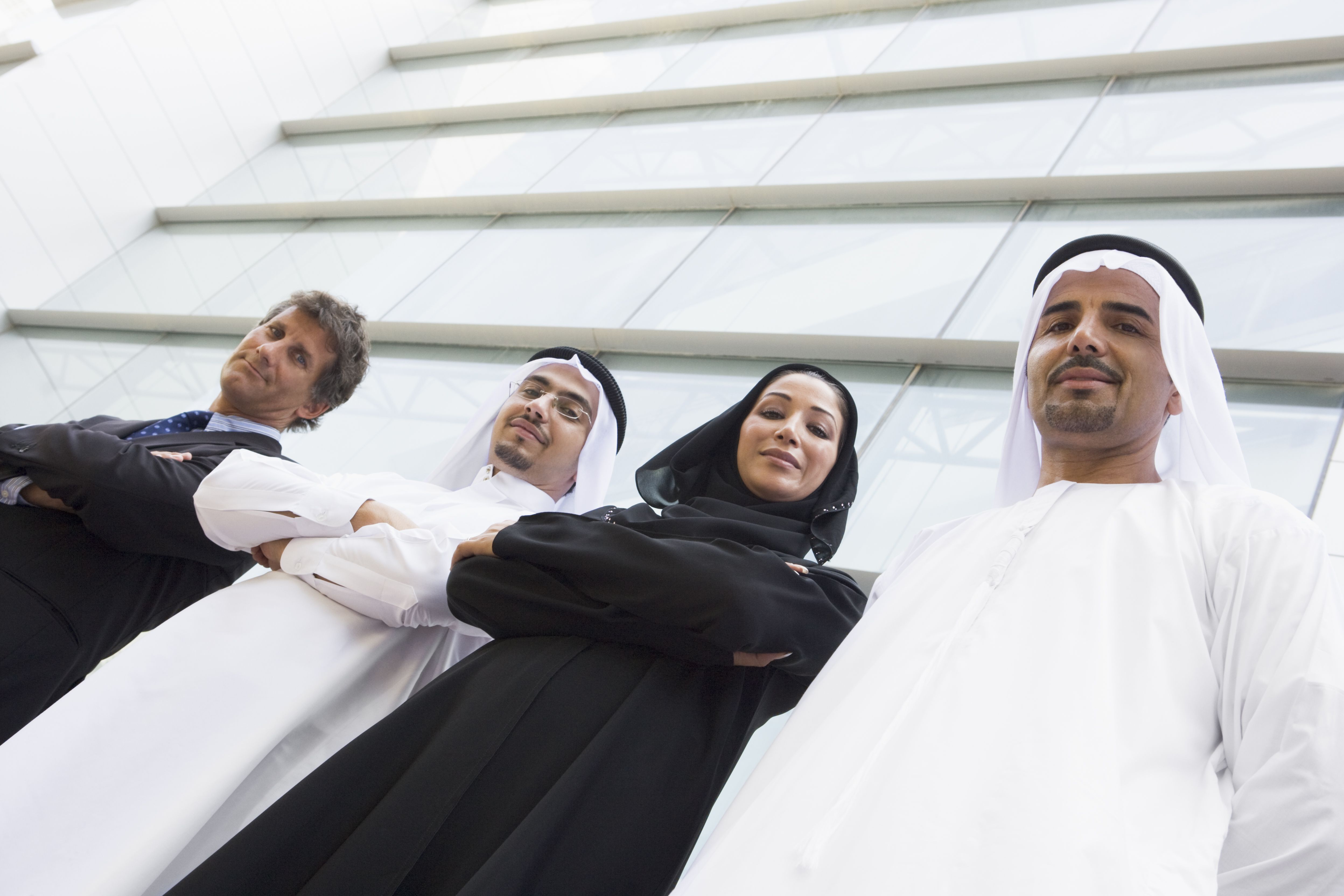 As Sami was getting ready to depart to one of the countries in the region for a training assignment, he posted a status on his facebook page saying: “On the way to Kuwait for a training assignment”. Within a few minutes, he got a message from a previous colleague, Jad, whom he had worked with on a major project about 4 years prior, letting him know that he too, will be heading to Kuwait for a project. So, Sami and Jad exchanged messages and agreed to meet up, once in Kuwait, for a get together.

Once there, the plan was to meet up at a coffee shop. To Sami’s surprise, he found out that another previous colleague, Randa, was to join them as well, as she also happened to be in Kuwait, visiting her parents. And so, they all met up.

After going through the usual chit chat, Jad pulls out his phone and asks one of the waiters to take a photo of them 3 together. Within seconds, the photo is posted on Jad’s facebook page, with Sami being tagged of course. ‘Likes’ and comments started pouring in from friends and family members, in addition to current and previous colleagues as well.

Weeks go by, projects completed, everybody back to their bases, and life goes on until one day, Sami receives an email from someone by the name of Jane. In her email, Jane introduces herself of course, reminds Sami of being a previous colleague who worked on the same project 4 years prior, and wants to discuss an opportunity to work together again on an upcoming opportunity in the region. What was really intriguing in the email is that Jane mentioned to Sami that she had only thought about contacting him once she saw that photo on Jad’s facebook page, when Jad, Sami, and Randa met at that coffee shop back in Kuwait. Wow, a job opportunity thanks to facebook?

Story fast forward, that project turns out to be one of the most interesting and most rewarding projects Sami had ever worked on. Although it was not directly related to his field of work, the project was so fascinating, he never even thought that something like that even existed in this world. The experience and knowledge Sami gained during those 2 weeks were just indescribable. Long hours of work were way beyond the norm, but Sami enjoyed each and every minute of it. The people involved were just superb and the mission of that project was one of the most noble he’d ever been exposed to.

Throughout those 2 weeks though, Sami never got to see Jane as she stayed in the UK working on her part of the project from back home. However, all along, he kept on wondering why Jane would consider him for such a project.

The day before the very last, Jane flew in from the UK to take part in one of the last workshops in the project. During breakfast, Sami finally popped the question and asked Jane what made her think of him to be part of such a project and why did she think that he would be a good candidate for such a role, being one of the main facilitators of those workshops. Jane’s answer struck him by surprise when she said: “Sami, I still remember, when we worked on that massive project 4 years ago, how you were always able to keep a smile on your face for all that time, despite all the hard times we went through, working with such a tough and demanding client. When I saw your photo on facebook, I truly believed that if there’s anyone who can help us facilitate such workshops, it would surely be you”.

A very simple concept related to his personal success. That concept is called “KSA”.

“KSA” simply stands for Knowledge, Skills, and Attitude! And, although it is imperative to be knowledgeable and skillful in your line of work, success’ main secret ingredient is to have that right attitude. And that’s exactly what landed Sami such an opportunity!

In my view, knowledge is easily attained to the most part. All we have to do is open a book on whatever topic we need to learn about, read about it, research it, and master it. The information is out there at our fingertips. So, it’s quite easy to become knowledgeable about anything you might think of.

Skills fall in the same category as well. To be skillful at something, all we need to do is go through the techniques, some training, a lot of practice and voilà. With time, we have the tendency to become experts at certain skills if we practice enough to apply those skills properly.

Attitude on the other hand is a different story. Attitude is not something we can learn and apply overnight. Positive attitude needs a completely different mindset. Attitude is a life-time journey. Attitude is a mixture of feelings, beliefs, behaviors, reflections, how we perceive things, how we interpret things, how we accept other opinions, how we react and respond to things beyond our control, listening versus hearing, accepting other peoples’ opinions or not, how we deal with others, how we carry ourselves, and the list can go on and on… Imagine putting all those into a juicer and mixing it up to come out with juice. That juice is attitude. It can be sour or it can be sweet. It can be negative or it can be positive. In Sami’s case, that positive attitude he had always adopted was reflected by the genuine smile he kept on his face and the memories and feelings he left in peoples’ minds.

This only reminds me of a quote by Zig Ziglar: “It’s your attitude, not your aptitude, that will determine your altitude.”

A master Soft-Skills trainer working with various industries, Samir has had over 20 years of extensive experience delivering a series of workshops and training courses to clients in the government, automotive, banking, media, retail, telecommunication, utility, education, and legal industries. His consultancy, teaching and training experiences are evident in the various positions, assignments and projects he has been involved with both in the USA and the Middle East.