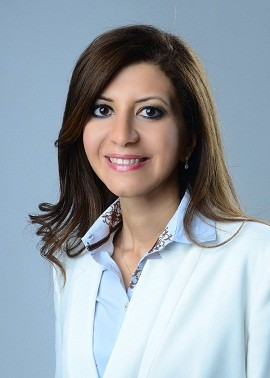 Around the world, the ongoing COVID-19 pandemic has laid bare the limitations of existing social welfare systems, and increased pressure on governments to secure and improve social protection for their citizens, placing significant strain on government resources. This is particularly true in the GCC, where countries use a social welfare model that creates a strong sense of dependence among nationals, according to the latest report published by the Ideation Center, Strategy& think tank in the Middle East.

Countriesin the GCC have an opportunity to build a new approach to social programs and human capital productivity. They can move from the social welfare model, in which the burden falls mostly on the government, to social investment. Moreover, the government can create a market to enhance societal well-being. This approach emphasizes human capital productivity as critical to economic growth, which aims to maximize social impact while generating positive financial returns.

“Social investment involves the entire life course of citizens: Investments that will enhance citizens’ well-being are the ones that address the root causes of the issues at hand, rather than treating them after they emerge,” said FadiAdra, partner with Strategy& Middle East, part of the PwC network, and the leader of the firm’s government and public sector in the UAE.To this effect, governments need a cohesive set of policies that are applied at an early age, preparing citizens into the transition to adulthood; enhancing their productivity levels and contribution to the economy.

The study shows that over 80% of young GCC nationals expect governments to subsidize their social needs, including education, healthcare, housing and energy usage, among other benefits.In addition to direct spending, governments bear significant indirect costs under the current system.

Social investment can maximize the impact and effectiveness of social programs while reducing costs in the long run.“Governments would still be fully responsible for the socioeconomic needs and well-being of their citizens,” said Dima Sayess, Partner and Ideation Center lead. “However, they could ameliorate societal issues and prevent future problems by encouraging social investments that blend the financial returns on investment with social returns.”

This means focusing on improving education, skills, and health early in life so that people can improve their employment prospects and their participation in the economy and society as adults.

According to the report, for governments to transition from social welfare to social investment theyshould:

This focuses on the interdependence of all life stages as generations move from being welfare recipients during childhood and youth, to contributors during adulthood and again recipients during old age.This approach requires cohesive policy instruments, which collectively are aimed at laying the foundation by providing early childcare and education, supporting the transition into adulthood through active labor market policies; and finally preserving safety nets for old age and retirement. Increasing pre-primary enrollment for national students in GCC countries up to OECD levels has the potential to generate a return of US$133 per US$1 invested in the UAE and US$25 per US$1 invested in Saudi Arabia.

Governments must develop a proactive approach through a holistic understanding of the overall social system and its dynamics so that they can identify where problems start. This approach allows governments to manage social issues more efficiently by highlighting gaps and interdependencies among various social components. For example, it costs less to teach people to have adequate nutrition and exercise regularly—and thus reduce the incidences of diabetes and heart disease—than it does to treat those conditions after they are diagnosed. Also, providing healthy school meals has a return on investment of 1.6 in Saudi Arabia and 1.2 in the UAE.

Once governments understand the potential impact from tackling a specific policy lever, they can gauge the different costs and benefits for alternative social investment options. Importantly, this assessment must take into account short- and long-term social and financial effects, as well as the difference between not intervening and taking action.

Socially, citizens should increase their sense of responsibility and reduce their dependence on the state. Financially, the private sector can partner with governments and deliver public services.This can be accomplished with innovative financial tools known as social impact investments, which are financially sustainable mechanisms that address an environmental or social issue while generating a financial return to asset holders.

GCC countries need to build the social investment ecosystem to implement this new approach. They can achieve this by shifting to performance-based budgeting, using innovative financial tools, developing an enabling environment, and launching data sharing and advanced analytics.